More
HomeVIDEOSNATIONJalliawala Bagh Massacre : even after 102 years, the brutality of British...
VIDEOSNATION
April 13, 2021 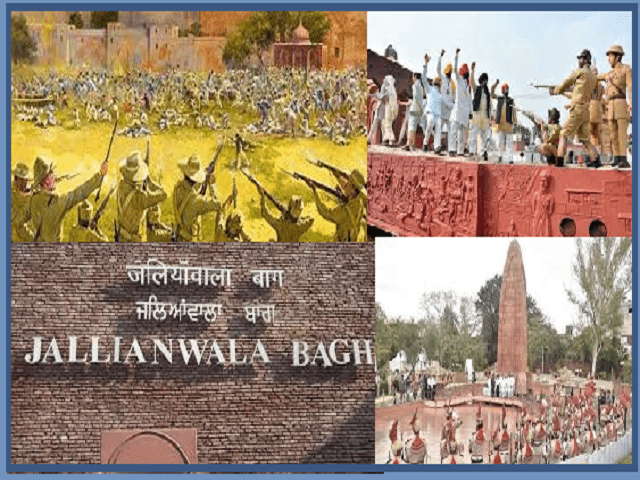 It was on 13 April 1919 that British troops opened fire on the gathering of unarmed crowds of a public gathering in a restricted ground, without warning, on the orders of General Dyer.

On 13 April, this mob gathered here was protesting against the arrest of two national leaders – Satyapal and Dr. Saifuddin Kichlu. Suddenly British military officer General Dyer ordered his troops to fire at the unarmed mob, without a chance to disperse, and the shots continued for 10 minutes or so until they were exhausted. In these 10 minutes, (according to the calculations of the Congress) one thousand people were killed and about two thousand people were injured.

The bullet marks can still be seen in the Jallianwala Bagh, which has now been declared a national monument. The massacre was pre-planned and General Dyer proudly declared that he had done this to teach a lesson and that if he continued the gathering, he would have killed them all.

He was not ashamed of his actions. When he went to England, some British collected donations to welcome him. While some others were surprised by this heinous act of Dyer and demanded an investigation. A British newspaper called it the most bloodshed massacre in modern history.

In the first world war, the Indians helped the British army immensely. 3,55,000 soldiers took part in the war for almost 4 years from undivided Punjab alone.

The people of India hoped that the British government would give revenge for the help in the war, simplify the strict laws, give India more political autonomy and provide employment to the soldiers returning from the war. But contrary to what happened.

The British government passed a black law like the Rowlatt Act. At the same time, due to the destruction of crops in Punjab, there was a shortage of food items and prices started touching the sky. This caused a lot of resentment among the people of whole of India and especially in Punjab.

The Rowlatt Act was strongly opposed in India. Gandhiji called for a strike across the country in early April. Meanwhile, news spread that Indian leaders have been arrested and they have disappeared from the city.

The impact of this news was that violence erupted in Amritsar on 10 April. British soldiers responded to the violence with a bullet. Opened fire on ordinary citizens. The crowd was further infuriated by this. Buildings were looted and set on fire.

The outraged mob also beat up many foreign nationals. A Christian missionary was beaten very badly. Brigadier General Reginald Edward Harry Dyer ie General Dyer was entrusted with the task of dealing with the situation. After this, the gathering of people was banned.

The brutality of the British government is still present on the walls of the garden as a mark of bullets. Government documents put the death toll at just 380, but in fact thousands of people died there.

There are many different reports about those who died. However, it is said that about 1650 rounds were fired and more than 1 thousand people were killed. If one incident affected the Indian freedom struggle the most, it was the same event