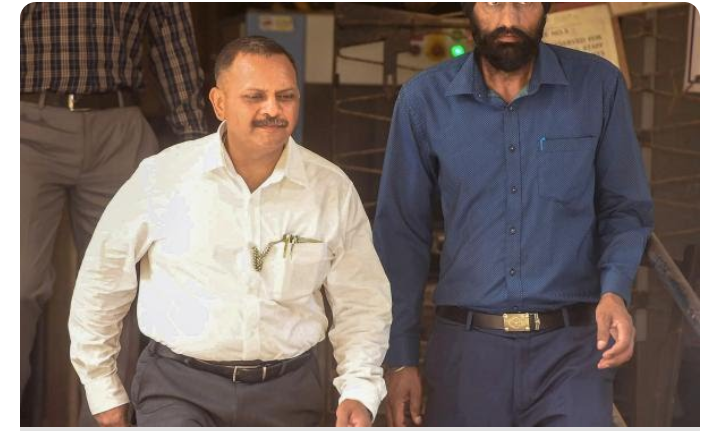 Malegaon bomb blast case accused Lieutenant Colonel Prasad Shrikant Purohit on Wednesday told the Bombay High Court, through his lawyer, that he was collecting intelligence for the Indian Army as part of his duty by attending conspiracy meetings for the 2008 blast.

The high court was hearing Purohit’s application seeking that all charges against him in the case be dropped.

Purohit’s lawyer Neela Gokhale told a bench of Justices SS Shinde and MS Karnik that NIA should have obtained the Centre’s sanction to prosecute him.

Gokhale cited “documents from the Army and the former Mumbai joint commissioner of police, Himanshu Roy, commending Purohit for the inputs Purohit had shared with them over the years”.

Gokhale read out a few documents to show that “Purohit had in 2004 infiltrated many organisations like Tablighi Jamaat and informed his superiors for which he was appreciated and that is why operations were conducted that saved the country.” Gokhale said Purohit was asked to give special training to Anti-Terrorism Squad (ATS) officials in 2008.

The NIA, however, opposed Purohit’s plea.

The HC will continue hearing the arguments in the case on February 2.

Prasad Shrikant Purohit, Sadhvi Pragya Singh Thakur and 5 others charged under UAPA The army officer’s lawyer Neela Gokhale told the court that he had attended the conspiracy meetings held for the 2008 Malegaon blast only to collect intelligence inputs.

Six people were killed and 100 others injured when a bomb strapped to a motorcycle went off near a mosque in Malegaon city in Nashik district of Maharashtra on September 29, 2008.

Purohit has also maintained that he was in constant touch with his superiors, informing them about his “actions and associations with Abhinav Bharat”.

The Lt Col is one of the main accused in the Malegaon blast case along with Bharatiya Janata Party MP Sadhvi Pragya Singh Thakur.

Notably, during the investigation, the NIA had spoken to seven military intelligence officers all of whom had denied having any knowledge of Purohit’s undercover operation.