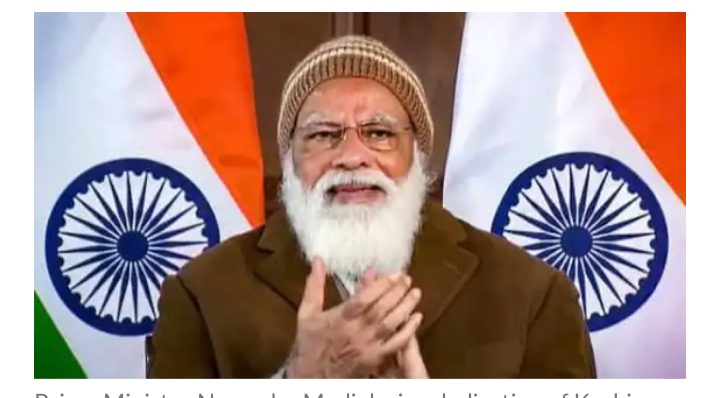 The prime minister termed this day as an important milestone for both the people of Kerala and Karnataka as the two states are being connected by a natural gas pipeline.

“It is an honour to dedicate the 450-km pipeline to the nation. This is an important day for India, especially for people of Karnataka and Kerala,” PM Modi added.

Governors and Chief Ministers of Karnataka and Kerala, along with Union Minister for Petroleum and Natural Gas were present at the event.

Speaking at the event, PM Modi said that in recent years, India has increased its speed, scale and scope of development and the country cannot develop slowly now.

“India is committed to achieve 15% share of natural gas from current 6%,” he said.