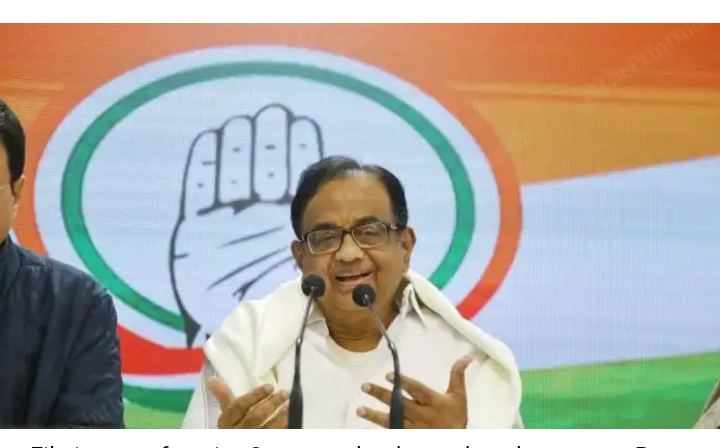 Welcoming the Gupkar Declaration, Congress MP P Chidambaram on Friday, said that Congress stood resolutely for the restoration of the status and rights of the people of J&K.

Accepting the coming together of mainstream J&K parties under the ‘People’s Alliance for Gupkar Declaration’, he warned the Centre to stop looking at them as ‘secessionist or anti-national’. Similarly, CPM leader Sitaram Yechury too welcomed the ‘restarting of the political process in J&K’.

The declaration comes a day after mainstream political parties in Jammu and Kashmir held a meeting and formed an alliance for the restoration of the special status of the erstwhile state as it existed before 5 August last year and also to begin a conversation between all stakeholders on the matter.

“The coming together of mainstream regional parties of J&K to fight a constitutional battle to restore the rights of the people of Jammu,  Kashmir and Ladakh is a development that must be welcomed by all the people of India,” he said on Twitter.

After a meeting Thursday at the residence of National Conference president Farooq Abdullah which was attended by PDP president Mehbooba Mufti, Peoples Conference chairman Sajad Lone, Peoples Movement leader Javaid Mir and CPIM leader Mohammad Yousuf Tarigami, the NC chief said they decided to formalise the alliance and it was named ‘Peoples’ Alliance for Gupkar Declaration’.

Responding to the tweet, Mehbooba wrote: “It was nice of you & Farooq Sahab to come home. It gave me courage listening to him. I’m sure together we all can change things for the better”.

The alliance will seek for the restoration of the constitutional position in respect of Jammu and Kashmir as it existed before August 5 last year, he had said.