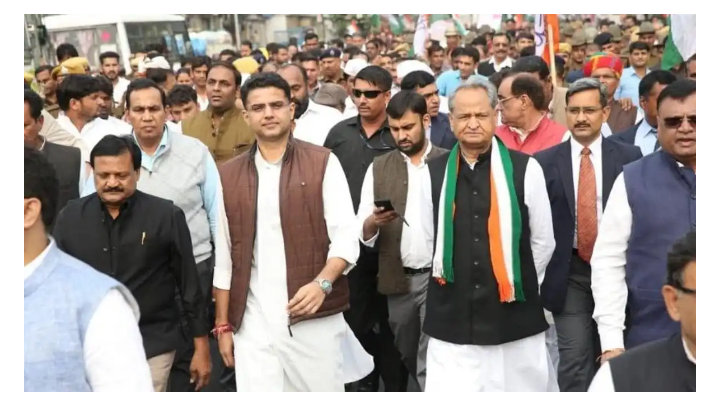 If things go as planned, this will be the first time since the Gehlot-Pilot tussle broke out, that both the leaders will be together at a public protest meet.

The protest meet is scheduled to be held on Sunday at 12 noon at Shahid Smarak in Jaipur.

“Sachin Pilot will participate in dharna against farm laws in Jaipur tomorrow at 12 PM,” a statement issued by Pilot’s office mentioned on Saturday.

The seventh round of talks between the farmer unions and the central government will take place on Monday. Earlier, Union minister of state (MoS) for agriculture Kailash Choudhary said he was confident that this meeting would bring out a solution and also conclude the ongoing stir.

Meanwhile, Farmers based in Punjab have sent legal notices to Union Minister Giriraj Singh, Gujarat Deputy Chief Minister Nitin Patel, and BJP leader Ram Madhav for their allegedly defamatory remarks on the farmers’ stir outside the national capital, according to ANI.

Farmers have been protesting at different borders of the national capital for over a month against the Farmers’ Produce Trade and Commerce (Promotion and Facilitation) Act, 2020, the Farmers (Empowerment and Protection) Agreement on Price Assurance and Farm Services Act, 2020, and the Essential Commodities (Amendment) Act, 2020. (ANI)