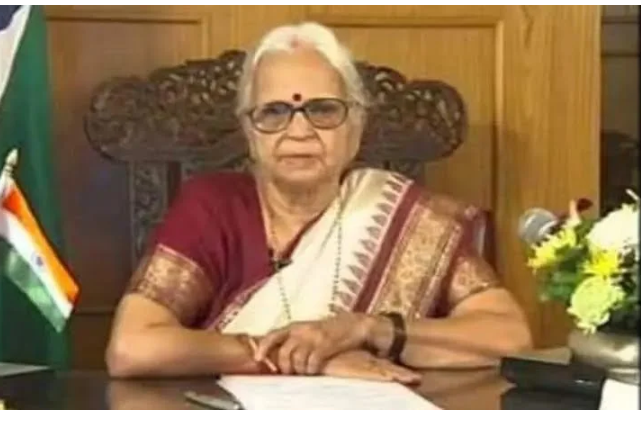 Former Governor of Goa and senior BJP leader Mridula Sinha passed away on Wednesday. She was 77.

Sinha, who was born on November 27, 1942, at Chhapra village in Bihar was also the first woman Governor of Goa.

A prominent figure, she made extensive contributions to the world of literature with her writings. Mridula Sinha had been associated with the BJP since its Jana Sangh days.

She attended the local school in Chhapra and later studied at Balika Vidyapeeth, a residential school for girls in Lakhisarai district. After marriage, Mridula continued her studies and took a post-graduate degree in Psychology.

She was, until August 2014, a member of the National Executive of Bharatiya Janata Party. During the BJP’s campaign for 2014 General Elections, she was in charge of the BJP Mahila Morcha (women’s wing). On 25 August 2014, she was appointed as the Governor of Goa.

Sinha was also appointed as an ambassador for the Swachh Bharat Abhiyan, by the Prime Minister of India Narendra Modi. During her tenure as Governor of Goa, she also adopted a cow and a calf at the Raj Bhavan for the purpose of daily worship.

She had administered the oath-taking ceremonies of Late Manohar Parrikar, Laxmikant Parsekar and Pramod Sawant as Chief Ministers of Goa.

Prime Minister Narendra Modi condoled her death, and hailed the BJP leader for her efforts towards public service.

Amit Shah, while expressing his condolences, said, “She worked for the nation, society and organization throughout her life. She was also an accomplished writer who will always be remembered for her writing.”

BJP President J.P. Nadda too expressed his “pain” at the news of her demise and called it an irreparable loss for the party.