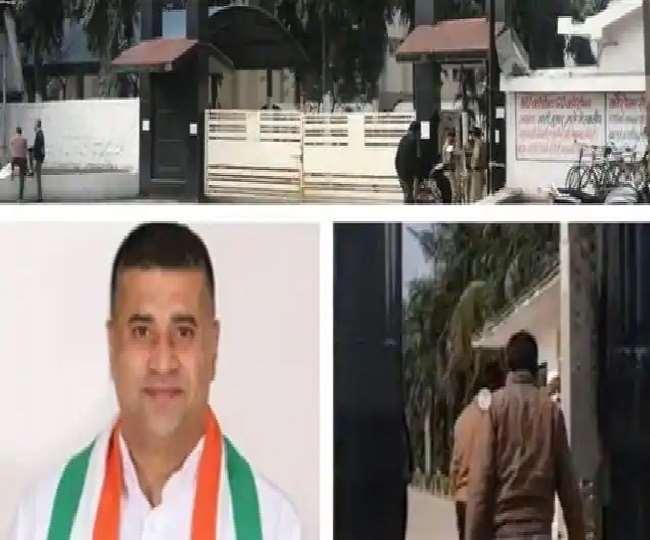 The department conducted raids at 22 different places in Betul and Satna districts of Madhya Pradesh, which were associated with the MLA. Apart from this, raids were also conducted on business premises associated with Congress MLA Nilay Daga in Mumbai and Kolkata. 8 crore in cash was found in the raid. Which had foreign currency of 44 lakh rupees. With this, information about nine bank lockers was received.

According to the report published in NDTV, Congress MLA Nilay Daga and his family had shown investment of Rs 259 crore only in shares of different companies. A large amount of Nilaya Daga’s undisclosed assets have been acquired through investment in shell companies.

According to the Central Board of Direct Taxes (CBDT), simultaneous action was taken at Soya Products Manufacturing Group based in Betul, MP of MLA, Solapur in Maharashtra and Kolkata in West Bengal. In which Rs 8 crore was recovered in cash and the company had no information about it. During the raid, the payment of Rs 15 crore in cash and wrong transaction has also come out from the message received in the mobile phone.

According to the sources, during the interrogation, Daga and her family said that they have earned Rs 259 crore by investing in different companies. The largest amount in his undisclosed property has been earned through investment in shell companies. The IT team conducted simultaneous raids in Betul of Soya Products Manufacturing Group in Betul and Kolkata along with Satna, Maharashtra’s Solapur, Mumbai. During this period, Rs 8 crore cash was recovered. Company officials have not been able to give any information about this cash.

According to sources in the Income Tax Department, Nilay Daga and his brother were doing fake transactions with 24 companies in Kolkata. Its main purpose was tax evasion. Hundreds of such documents have been received by the Income Tax team, which proves that the Daga brothers have done transactions of up to Rs 100 crore from these companies.