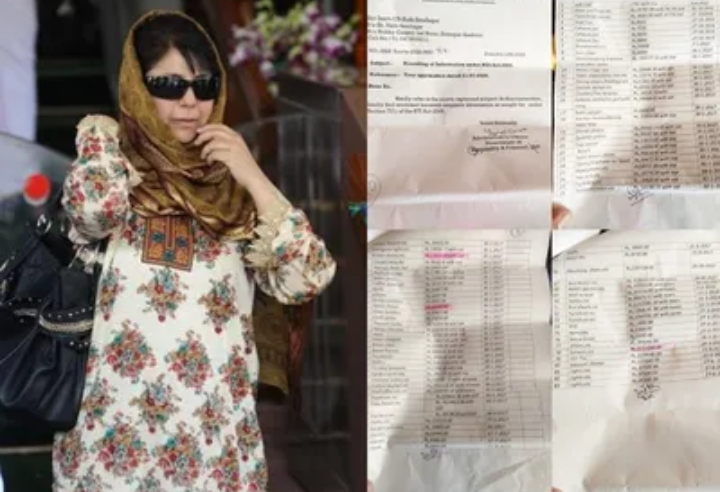 Mehbooba Mufti spent nearly Rs 82 lakh in six months from January to June 2018 on the refurbishment of her official residence in Srinagar’s Gupkar Road, when she was the Chief Minister of the erstwhile state of Jammu and Kashmir.

The expenditure was all paid by the Government of India, reveals an RTI response.

The details come after the successful completion of recently held District Development Council elections in the union territory, which Mehbooba Mufti’s party Peoples Democratic Party had vowed to abandon until Jammu and Kashmir’s special status was restored.

However, Mufti’s party did contest the elections in which it managed to get only 27 out of 280 District Development Council seats.