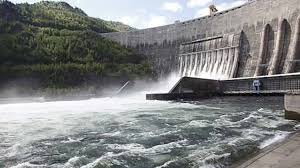 The Institution of Civil Engineers has awarded the prestigious Brunel Medal to Mangdechhu Hydroelectric Project Authority.

The Brunel Medal is awarded to recognise excellence in civil engineering.

According to report, the run-of-the-river Mangdechhu hydroelectric project has a capacity of 720MW and is located on on Mangdechhu river in Bhutan. It is one of the ten hydroelectric projects being developed as part of the Royal Government of Bhutan’s initiative to generate new hydropower with support from the Indian Government. The two governments signed an agreement for the construction of Mangdechhu HEPP for Rs28.96bn ($434m) in April 2010.

The Indian and Bhutanese Prime Ministers had jointly inaugurated the 720MW Project on August 17, 2019. Indian Prime Minister Narendra Modi had called the project a “crucial milestone celebrating India-Bhutan ties” and “this project shows how the two nations working together can bring immense positivity in the lives of people,”

India’s Ambassador to Bhutan Ruchira Kamboj expressed her happiness, saying, “I am delighted that the Mangdechhu Award jointly inaugurated by Prime Minister Modi and Dr. Lotay Tshering in Bhutan last year, has been conferred the prestigious Brunel Medal. A rightful recognition of its excellence, as well as an outstanding example of our two countries working together towards a shared goal.”

These Crypto Currencies including bitcoin have a tremendous advantage today, know today’s rate