More
HomeVIDEOSVIRALShabnam and her heartless story of murdering 7 people of our own...
VIDEOSVIRAL
February 19, 2021 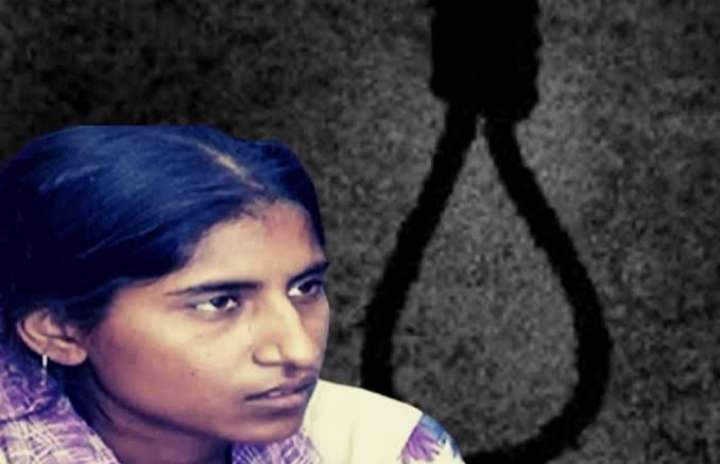 Shabnam the first women of independent India to be hanged.

The child of the Shabnam of Amroha of Uttar Pradesh, who is to be hanged, is appealing to the President to reduce her death sentence. Shabnam was pregnant and because of that family members were angry, she had killed seven people of the family, including her parents and 10 months old child.

The child whom she gave birth in the prison is being adopted by journalist Usman Saifi Pal who used to meet her in jail to write a book on Shabnam. Saifi wanted to give him a new life. Saifi says that the mother will be a sinner but the son is innocent. Regardless of the crime committed by the mother of Taj, the son has now wishing that his mother is always alive, so he is pleading for reduction in his execution.

The death warrant of Shabnam and her lover Salim can be issued at any time. The President has rejected her mercy petition. Shabnam is currently imprisoned in Rampur Jail in Uttar Pradesh and her execution is being done in 150 year old Mathura Jail. Because the system of hanging women is only in this jail in the country. As soon as the executioner hangs Shabnam on the noose in Mathura jail, she will become the first woman to get such a punishment in independent India.

Shabnam was just 17 years old at that time. In Shabnam’s heartbeat, blood was soaked that his hands did not tremble even while strangling his nephew of 10 months. Shockingly Salim had refused to kill him but his own aunt Shabnam kill the innocent.

Shabnam told the police about this in enquiry.

Shabnam have called Salim many times on day of crime, which led the police to suspect them.

Shabnam broke down in questioning and had blown out the truth. Shabnam’s family was financially wealthier than Salim’s and the family members did not like the dropout Salim from Class VI. Due to this, Shabnam along with Salim had conspired to murder.

Now she will become the first woman to get such a punishment in independent India.