More
Home VIDEOS VIRAL Woman among 6 arrested in Bengaluru for torture and rape in viral...
VIDEOSVIRAL
May 28, 2021 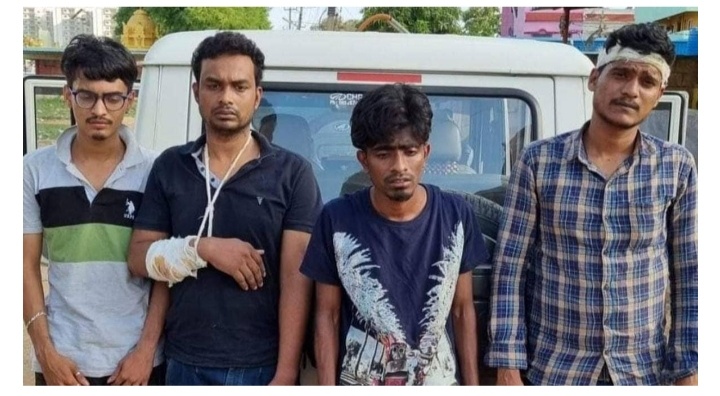 Six people, including two women, were arrested in Bengaluru yesterday, in connection to a case of rape and assault of a woman. Assam Police had sought information about the accused on Thursday, as they shared visuals from a video circulating on social media. ANI

A gut-wrenching video of the attack, which was circulated on social media, has generated immense outrage.

Based on contents of video & preliminary probe, case of rape & assault registered against 6 persons incl 2 women at Ramamurthynagar PS. A police team deputed to adjoining state to trace victim so she could join investigation: Kamal Pant, Commissioner of Police, Bengaluru.

Preliminary investigation in the case has revealed that the victim and the five accused are all Bangladeshi nationals. Police say the victim was brought to India via human trafficking.

Journalist Pratiba Raman took to Twitter and wrote, “Nirbhaya-like incident in Bengaluru. 22-year-old allegedly gang-raped by 4 at NRI Colony 6 days ago. Another lady present with accused. All including victim are illegal immigrants from Bangladesh reportedly involved in prostitution. Personal rivalry cited. Accused arrested.”

The world is facing deadly Corona virus because of China.Whole world turned into a pile of corpses on...
Read more
ENTERTAINMENT

The pandemic has influenced global fashion in many ways, giving rise to new clothing items and trends. At the same time, with people spending most...
Read more
NATION

The thief, who stolen from the PP center of the civil hospital at Jind district headquarters in Haryana, was dumped in a...
Read more
VIRAL

Britain's Prince 'Duke of Sussex' Prince Harry and his wife 'Duchess of Sussex' Meghan Markle have given an interview to well-known American...
Read more
SPORTS

Former Australia all-rounder Tom Moody has been appointed as the director of the Sri Lankan cricket.Moody has been...
Read more