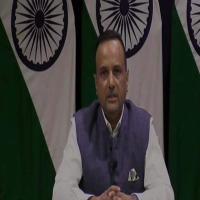 On 24 September, the Ministry of External Affairs said on Thursday that 357 members of the minority community had arrived in India since the lockdown due to Kovid-19 started. The ministry expressed concern over the targeted harassment of minorities by terrorists and their sponsors there.

External Affairs Ministry spokesman Anurag Srivastava said in a press conference through digital that the ministry is receiving requests from Afghanistan for Hindus and Sikhs to settle in India. He said that such a request has recorded an increase since the attack on the gurdwara in Kabul in March.

He said, “We are seeing cases of targeted targeting of minorities by terrorists and their sponsors there and this is a matter of grave concern.” Our mission in Kabul is in touch with them. ” The ministry said that 357 members of the minority community had arrived in India since the lockdown began.

A nationwide lockdown was first imposed from March 25 for 21 days in a bid to contain the spread of the novel coronavirus. To a separate question on whether an invitation has been received from Russia for the SCO and BRICS summits and if Prime Minister Narendra Modi would participate, Srivastava said, “We are in discussion with the Russian side to finalise a date for the summit and we will make an announcement as per standard procedure.”

On another question on the extradition of radical Islamic preacher Zakir Naik from Malaysia, he said the Indian side was in touch with the Malaysian government and are following up on his extradition.