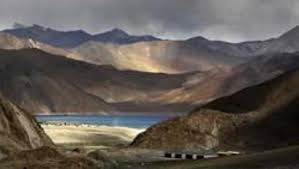 Chinese People’s Liberation Army, Xi Jinping commander-in-chief , specify its Tibet border with Ladakh by a green line. Green line runs over finger 4 area on the north bank of Pangong Tso and it nearly claims all the Chushul Valley on the south banks of the salt-water. However, the line was defined by the Chinese on the map in 1960.

Although due to the Indian Army’s take over on August 29, 30, 31, the PLA’s objective of unilaterally changing the facts on the ground could not be achieved.

“If the Indian specialized troops had not pre-empted the Chinese by occupying all dominant heights on the southern banks and Chushul, the PLA would have taken control of the Valley. The Chinese single-minded focus is to reach the green line and the Indian focus is not to allow them but reach the patrolling limits defined by the government,” said a senior official.

Meanwhile leaders of communist China had been speaking peace and tranquility to their army and diplomatic opposite numbers, the PLA used to be militarily beefing up to succeed in the golf green declare line at the southern banks of Pangong Tso at the night time of August 29-30.

According to Hindustan Times reports, there is evidence of PLA force accretion on the Chinese border with Bhutan as China would like to emphasise its military might on the tiny kingdom of happiness. However, just like in Doklam in 2017, the Indian Army will stand up to the PLA in this area in support of its closest ally.