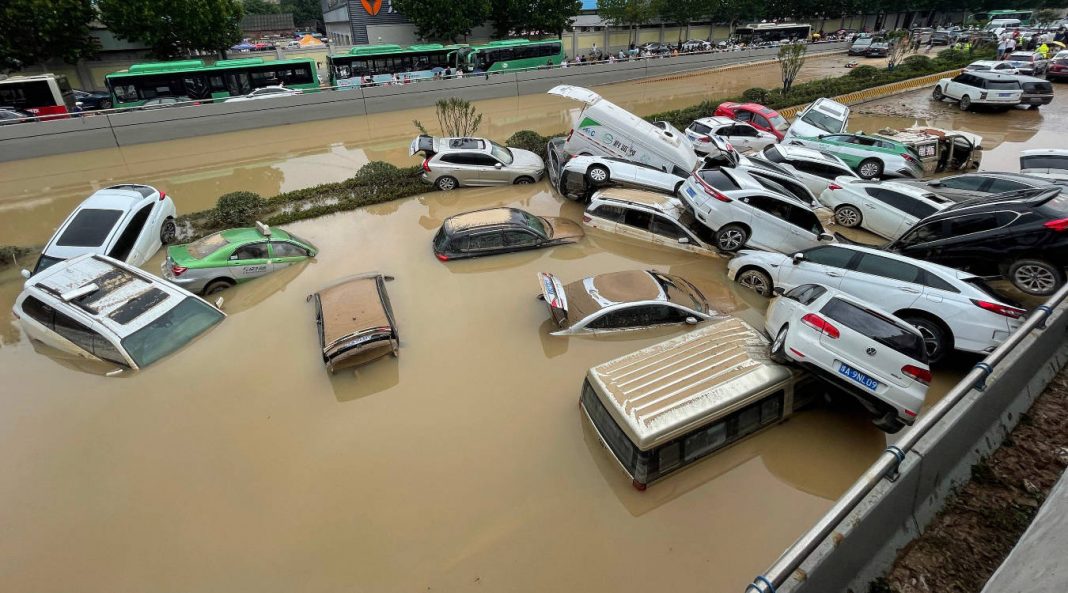 At least 25 people, including 12 subway passengers, were killed when the heaviest rainfall in 1,000 years hit China’s central Henan province, prompting President Xi Jinping on Wednesday to deploy the army to rescue those trapped in inundated subways, hotels and public places.

A total of 1.24 million (12.4 lakh) people were affected and 1,60,000 evacuated, state-run Global Times reported.
The official media quoted local officials as saying that 25 people were killed and seven others listed missing in the massive floods.

Storms have battered Henan province since the weekend in an unusually active rainy season that has caused rivers to burst their banks, flooding the streets of a dozen cities and upending the daily lives of millions of people.

Weather authorities in Zhengzhou, nearly 700km (431 miles) southeast of Beijing, say the rainfall was the highest since record-keeping began 60 years ago with the city seeing the kind of rain it usually gets in a year in just three days.

He also stressed the need to take solid measures to assist those affected by the floods, and to strengthen hygiene and disease control so as to ward off epidemics and prevent people from returning to poverty due to disasters.