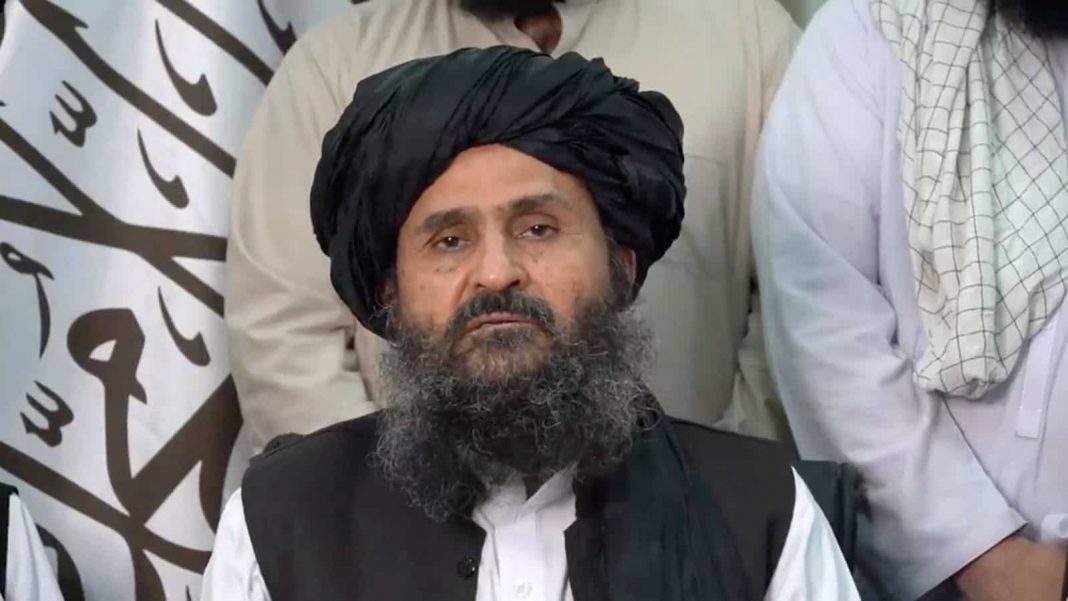 The Deputy Prime Minister of Afghanistan, Mullah Abdul Ghani Baradar, in his latest interview has dismissed all kinds of rumors and propaganda and termed those spreading rumors as enemies of Afghanistan and peace. In a video clip shared on Twitter, Baradar can be heard saying this.

Even before this, Baradar had put an end to the rumours by issuing an audio message, in which his death was said. Then, this audio message was posted from the Twitter account of Mohammad Naeem, a spokesman for the political office of the Islamic Emirates of Afghanistan.

After the Taliban’s occupation of Afghanistan, it was believed that Mullah Baradar would be the prime minister in the new Taliban government. However, later the radical leader Mohammad Akhund was elected the PM.

Today, the Taliban has officially released the interview given by the deputy prime minister of the Talibani government, Mullah Baradar, to Afghanistan’s official channel RTA Pashto, on reports of injuries in fighting with the Haqqani faction. In the interview, Mullah Baradar is denying reports of fighting with the Haqqani faction and stating that there is no mutual conflict going on in the Taliban, all are part of one family.

Why did Baradar not attend the main meeting?

At the same time, Mullah Baradar said that he did not know that Qatar’s Deputy Prime Minister / Foreign Minister was visiting Afghanistan or else he would have been present.

Question- Mulla Baradar Akhund Sahib, the news of your getting injured in mutual fight and death in many places is also being shown in the media. What do you have to say on this, is it true?

Mulla Baradar – No it is not true. The news which is being spread these days that there is a mutual fight going on between us (between Baradar faction and Haqqani faction) and I am injured, this is totally wrong. We are like a family and are working together with love. I was traveling from work to a place where the media was not present.

Question- Thank you for this interview, do you want to say something in the end.

Mulla Baradar- Earlier when we were having peace meeting in Qatar, some media used to show similar lies for their own benefit as they are showing today. I want to request the media to show the truth and not lie for their own benefit. This is not correct. Thank you also for the interview.