Baghdad: Islamic State said it was behind double suicide bombing 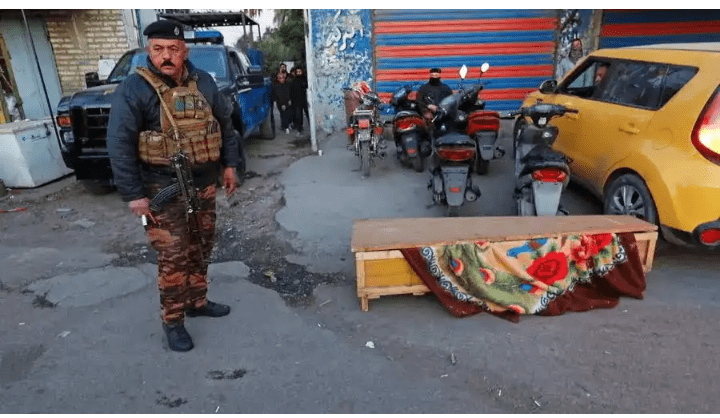 The Islamic State (IS) group has said it was behind a double suicide bombing in the Iraqi capital, Baghdad, on Thursday that killed at least 32 people and wounded more than 100.

The target had been Shia Muslims, a statement from the Sunni Islamist militant group’s Amaq news agency said.

Suicide attacks, once an almost daily occurrence in the Iraqi capital, have halted in recent years since Islamic State fighters were defeated in 2017, part of an overall improvement in security that has brought normal life back to Baghdad.

The rare suicide bombing hit the Bab al-Sharqi commercial area in central Baghdad amid heightened political tensions over planned early elections and a severe economic crisis. Blood was splattered on the pavement of the busy market amid piles of clothes and shoes as survivors took stock of the disarray in the aftermath.