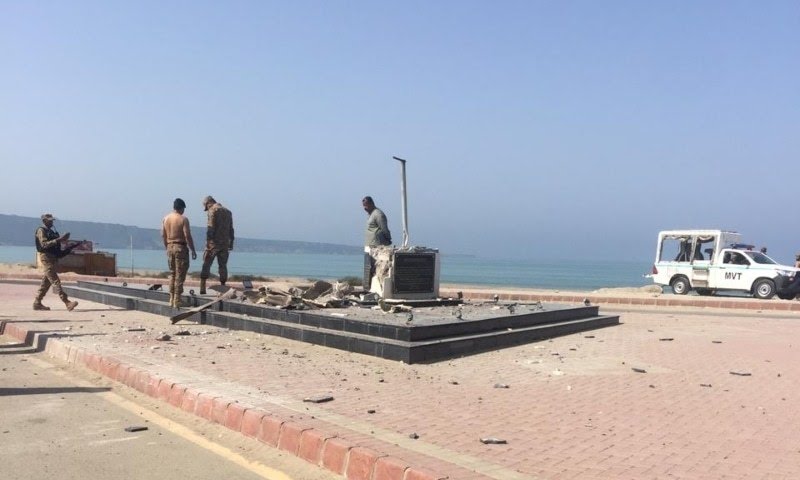 A statue of Pakistan’s founder Mohammad Ali Jinnah was demolished allegedly by Baloch militants in the coastal city of Gwadar in the troubled Balochistan province. It was blown up by explosives placed beneath the statue on Sunday morning, Dawn reports.

The blast was claimed by the banned Baloch Liberation Army.

Gwadar Deputy Commissioner Major (retd) Abdul Kabir Khan said that the militants had entered the area, considered a safe zone, masquerading as tourists, reported BBC Urdu. While no arrest has been made so far, Khan told the Urdu language station that police are looking into the matter from all angles, assuring that the culprits will be caught soon.

Balochistan’s Senator Sarfraz Bugti also shared a tweet in this regard in which he termed it as an attack on the Ideology of Pakistan. “I request authorities to punish the perpetrators in the same way as we did with those behind the attack on Quaid-e-Azam residency in Ziarat”, he added.

Earlier in 2013, Baloch terror outfit destroyed Ali Jinnah’s residency at Ziarat, the residence of Pakistan’s founder where he spent the last days of his life.

The Residency, built in 1892, was originally used as the summer residence of the Agent of the British Governor General. Jinnah spent the last days of his life in the building while suffering from tuberculosis and the structure was later declared a national monument.