Bangladesh: Massive fire in factory, 52 people dies while 44 are missing 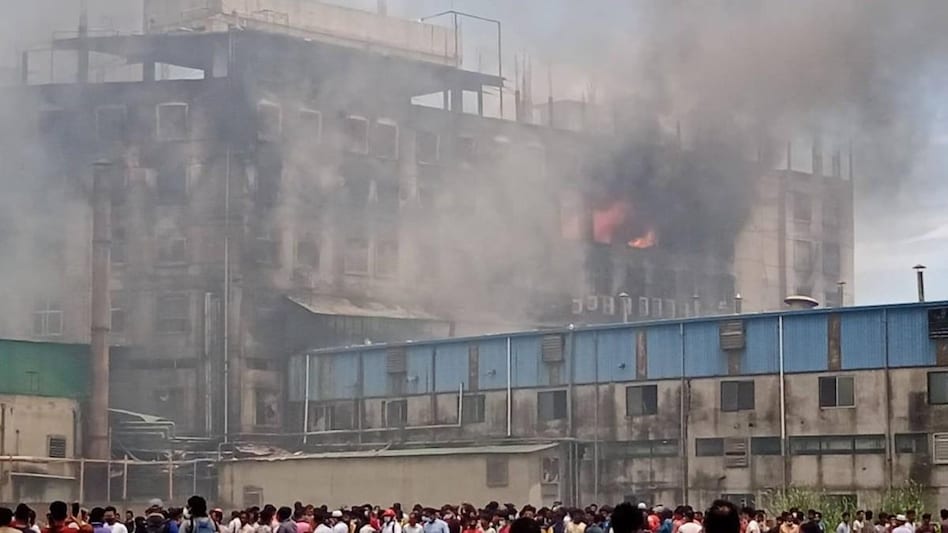 A big accident happened in Bangladesh. Here a fire broke out in a factory built on the outskirts of the capital Dhaka. 52 people died in this accident, while 50 others were injured.

According to media reports, a fire broke out at Shejan Juice Factory located in Roopganj, Narayanganj at 5 pm on Thursday. It is being told that the fire started from the ground floor of the building and it spread rapidly due to the chemicals and plastic bottles kept here.

According to the Dhaka Tribune, 52 people died in the accident, while 50 were injured. Several employees jumped from the building to save their lives. 18 fire tenders are engaged to douse the fire that broke out in the building of Hashem Foods Limited.

44 employees are missing in the accident. In such a situation, people reached the spot to find their loved ones. The survivors and their relatives allege that the exit gate of the factory was closed at the time of the fire. Not only this, he has alleged that there were no proper means of fire protection in the factory.

Abdullah Al Arefin, deputy director of fire service of Narayanganj district, said that it will take time to control the fire. Until the fire is extinguished, the damage caused by it cannot be estimated. A committee of 5 members has been formed by the district administration for investigation in this matter.