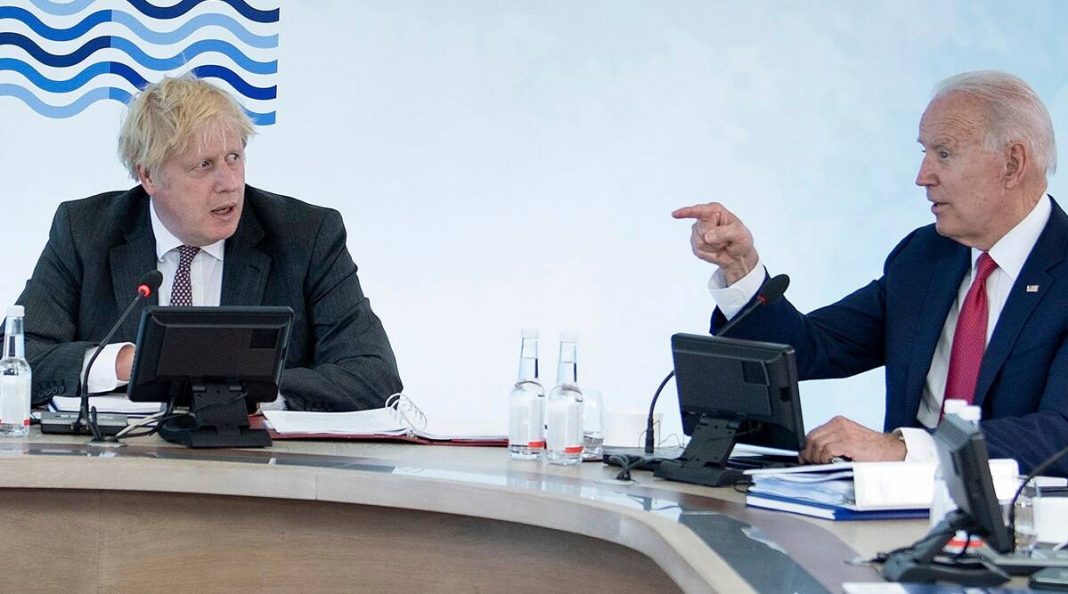 In a gesture proclaiming the warmth and strength of UK-US ties, US President Joe Biden and UK Prime Minister Boris Johnson exchanged gifts amid the ongoing Group of Seven (G7) Summit in the United Kingdom.

Johnson’s gift for the US President was a framed picture of a mural showing the American anti-slavery campaigner Fredrick Douglass. The image of the former slave, who became a leading figure in the 19th century slavery abolitionist movement, is part of Edinburgh’s mural trail.

Johnson is a keen cyclist and is often pictured cycling on the streets of London, with his security detail in pursuit. Biden is also known as a regular cyclist and was revealed to be a fan of indoor cycling with Peloton.

The bike gifted by Biden was made by Bilenky Cycle Works, a business with a staff of four who usually take up to 18 months to make a machine. The owner, Stephen Bilenky, was contacted by the US State Department on May 23 about designing the bike and a matching helmet, the â€˜Philadelphia Inquirerâ€™ reported.

US First Lady Jill Biden was given a first edition of ‘The Apple Tree’ by Daphne du Maurier, the English author who lived in Cornwall, while Carrie Johnson was presented with a leather tote bag made by military wives and a presidential silk scarf.

The leaders formally met at Carbis Bay in Cornwall, south-west England, just ahead of the G7 Summit launch on Friday.

Johnson dubbed his meeting with Biden as ” breath of fresh air”, leading many in the UK media to compare and contrast the somewhat erratic US-UK meetings with former president Donald Trump.