Support Us
More
More
HomeWORLDBiden rules out Trump's ban on transgender in US military
WORLD
January 26, 2021

Biden rules out Trump’s ban on transgender in US military 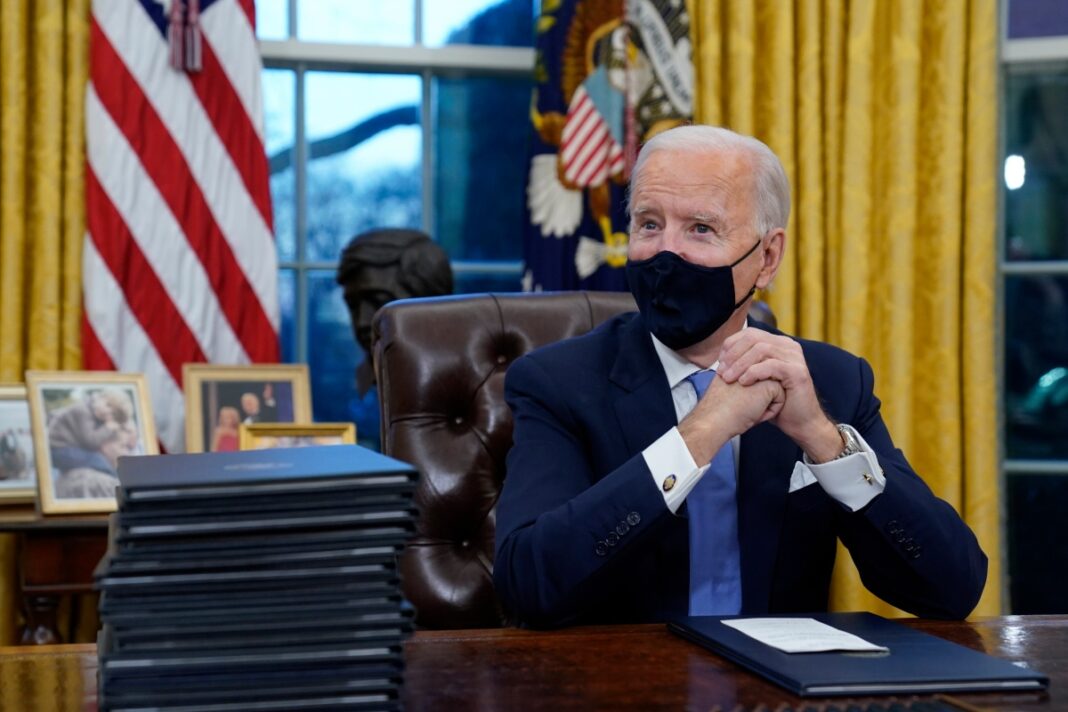 The new president of U.S Joe Biden overturned Donald Trump’s major decisions one by one, one of the most controversial of them was the ban on transgender people serving the military.
On Monday Joe Overturned the ban, stating that “all Americans” qualified to serve should be able to do so.

“Simply put, transgender service members will no longer be subject to the possibility of discharge or separation on the basis of gender identity,” the White House said in a statement.
Biden’s new policy was set in an executive order he signed at the White House, the latest in a string of directives aimed at reversing Trump-era policies.
The military “thrives when it is composed of diverse Americans who can meet the rigorous standards for military service, and an inclusive military strengthens our national security.”

The Defense Department “will immediately take appropriate policy action to ensure individuals who identify as transgender are eligible to enter and serve in their self-identified gender,” Austin said in a statement, noting that the Pentagon would pay for all “medically necessary transition related care.”

The American Civil Liberties Union, which had sued over the ban, welcomed Biden’s order as sending “a message that transgender people not only belong in our armed services, but in our country.”

The Palm Center think tank, which focuses on sexual minorities in the military, called Biden’s order “a victory of evidence-based policy over prejudice and discrimination.”