Support Us
More
More
HomeWORLDBiden Says He Plans To Run For Reelection In 2024
WORLD
March 26, 2021

Biden Says He Plans To Run For Reelection In 2024 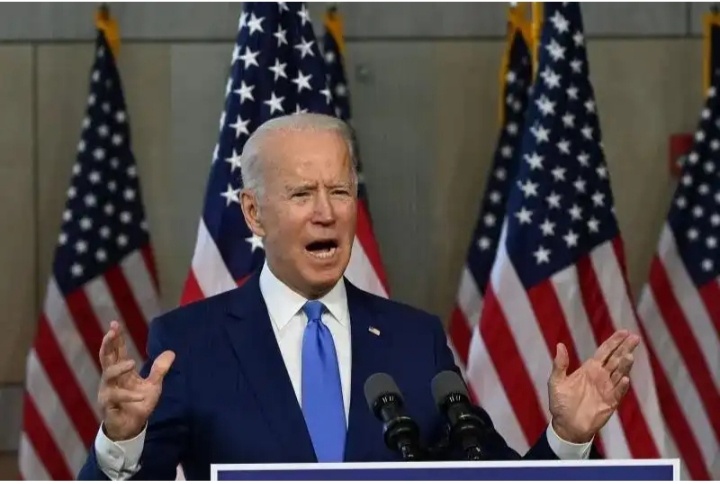 President Joe Biden on Thursday said he would likely seek reelection in 2024, but the 78-year-old Democrat left open the possibility of stepping aside after one term.

“My plan is to run for reelection. That’s my expectation,” Biden told reporters in a wide-ranging news conference, the first of his young presidency.

He later pushed back against a reporter’s suggestion that his 2024 plans were definite.

“I said, ‘That is my expectation,’” Biden said. “I’m a great respecter of fate. I’ve never been able to plan four-and-a-half, three-and-a-half years ahead for certain.”

Traditionally, there is no question as to whether a first-term president will run for reelection. Former President Donald Trump, for example, announced his plans to seek reelection on his first day in office. But questions about Biden’s 2024 intentions have swirled since even before his November victory — because of his age. At 78, Biden is the oldest person to assume the presidency.

In office only two months, his 2024 plans have a direct effect on his political strength. If viewed as a one-term president, Biden would effectively be a lame duck with diminished sway at home and abroad as he pursues an aggressive agenda.

This comes as Biden has tapped Harris to lead the effort to combat the migration crisis brewing at the southern border.

“She will work first on the goal of stemming the flow of irregular migrants to the US…but at the same time, the real goal is to establish a strategic partnership with these countries based on respect and shared values,” a senior administration official said.