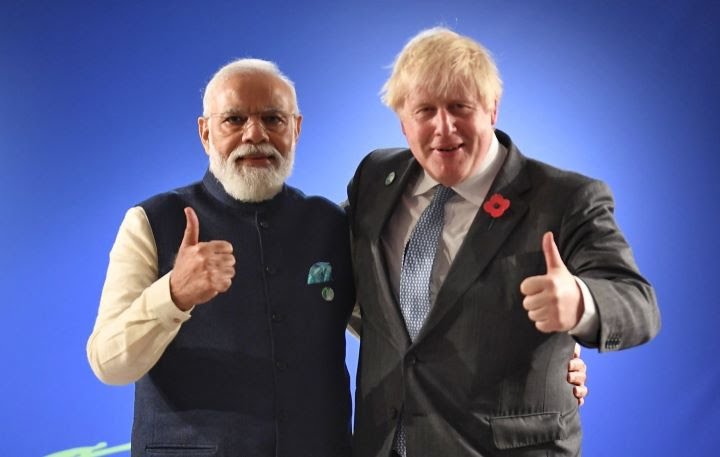 Boris Johnson, the prime minister of the United Kingdom, has accepted Prime Minister Narendra Modi’s invitation to come to visit India, foreign secretary Harsh Vardhan Shringla said on Tuesday, adding that the British premier will be planning his visit as soon as the circumstances allow.

PM Modi extended the invite to Boris Johnson on the sidelines of the COP26 climate summit on Monday, as both the leaders discussed ways to enhance bilateral cooperation in sectors like green hydrogen, renewables and clean technology, economy, and defence.

Modi and his British counterpart Boris Johnson will jointly launch the initiative Infrastructure for the Resilient Island States (IRIS) at the 26th session of the Conference of Parties (COP-26) in Glasgow, said Foreign Secretary Harsh Vardhan Shringla.

Johnson was earlier scheduled to visit India as the Chief Guest for the 2021 Republic Day celebrations on January 26.

PM Modi in his bilateral meeting with Johnson on the sidelines of the COP26 World Leaders’ Summit in Glasgow also congratulated him for successfully hosting the Summit and “complimented him for championing global action on climate change”.