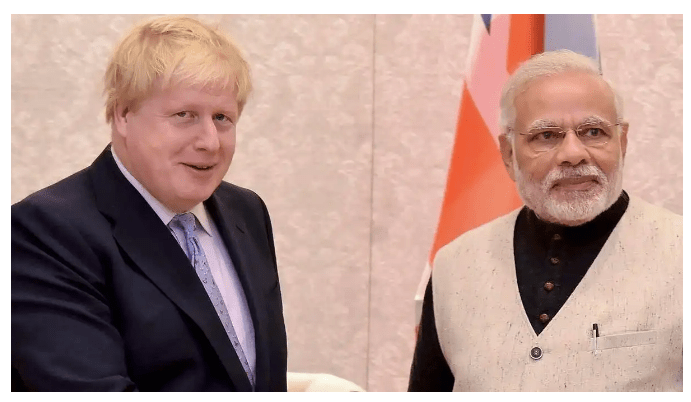 “Prime Minister Boris Johnson will use the first in-person G7 summit in almost two years to ask leaders, including Indian Prime Minister Narendra Modi, to seize the opportunity to build back better from coronavirus, uniting to make the future fairer, greener and more prosperous,” the statement said.

“As the most prominent grouping of democratic countries, the G7 has long been the catalyst for decisive international action to tackle the greatest challenges we face,” it added.

G7 countries that consists of world’s seven leading democratic nations –  the UK, Canada, France, Germany, Italy, Japan, the USA – and the European Union, will discuss a range of global issues like the coronavirus pandemic, climate change and open trade during the summit.

Modi had attended the G-7 summit in Biarritz in France in August 2019 and was also invited for the 2020 summit hosted by the US — which could not take place due to the pandemic.

This is expected to be Modi’s second G-7 summit; his predecessor Manmohan Singh had attended the G-8 summit (it became G-7 from G-8 with the expulsion of Russia in 2014) five times between 2005 and 2009 through his first term in UPA 1.

Making the invitation official, Johnson said: “As the most prominent grouping of democratic countries, the G7 has long been the catalyst for decisive international action to tackle the greatest challenges we face. From cancelling developing world debt to our universal condemnation of Russia’s annexation of Crimea, the world has looked to the G7 to apply our shared values and diplomatic might to create a more open and prosperous planet.

In addition to the G7 Summit this year, during February, the UK will assume the Presidency of the UN Security Council, and later this year the UK will host COP26 climate summit in Glasgow and a global education conference aimed at getting children in the developing world into school.