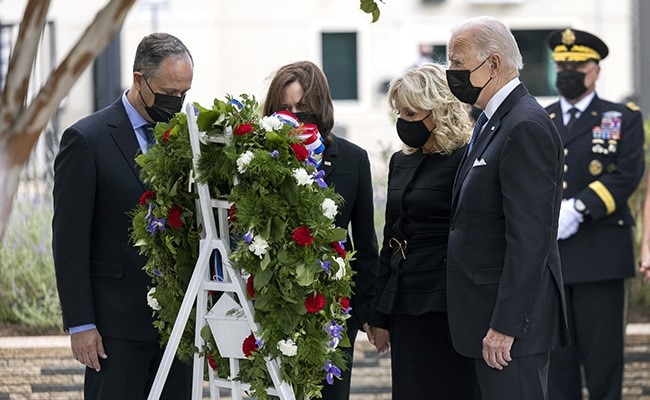 Duke of Sussex, a similar multi-national sporting event for injured service members and veterans, founded by Prince Harry and first held in London in 2014 said the Warrior Games “inspired me to create the Invictus Games,”.

Notably Prince Harry was a war veteran who served two tours in Afghanistan, first attended the U.S. Department of Defense Warriors Games in Colorado in 2013.

“These games are very important,” said Prince Harry, speaking from California, where he lives with his wife, Meghan Markle.

He won’t be able to support competitors this year at the Games, which have been held annually since 2010, due to be held in Orlando, Florida, he recalled, adding that the event “finally serves as a reminder of service both at home and abroad.”

“It’s about taking care of the physical and mental fitness of those who have sacrificed so much,” he said.

“Due to concerns related to COVID, the 2021 Games were canceled to ensure the health and safety of athletes and their families,” the First Lady’s office said in a statement on Sunday.

US President Joe Biden’s wife pays tribute to Prince Harry on Monday, recalling his side’s participation in the first Invictus Games, before speaking about September 11, 2001, Afghanistan caused by the attacks on the United States The war ended in August 20 years later.

“There was a call to defend our dear values ​​as we waged a global war on terror and a courageous group of men and women stepped forward to say: I, I will go,” she said.

“And that includes you, Harry. You live by one simple principle, serve together, heal together,” she said.“It is a philosophy that is not limited to the flag, where your brothers and sisters are deeply connected by the borders that separate us, and you have given your time, talent and heart to elevate service members from all around has been dedicated Globe.”

Biden’s stepson, the late Beau Biden, was a US Army veteran and served a year in Iraq during the war and “has a long history of supporting the adaptive sports community,” Sunday’s statement read.

At the virtual event, also attended by US Defense Secretary Lloyd Austin, he praised the “courage, sacrifice and resilience” of injured service members, who trained for months before seeing a Paralympic-style competition canceled at the last minute.

“By being a part of Warrior Games, you have not only overcome injuries both visible and invisible, you show all of us that our challenges are never supposed to define us,” she concluded.