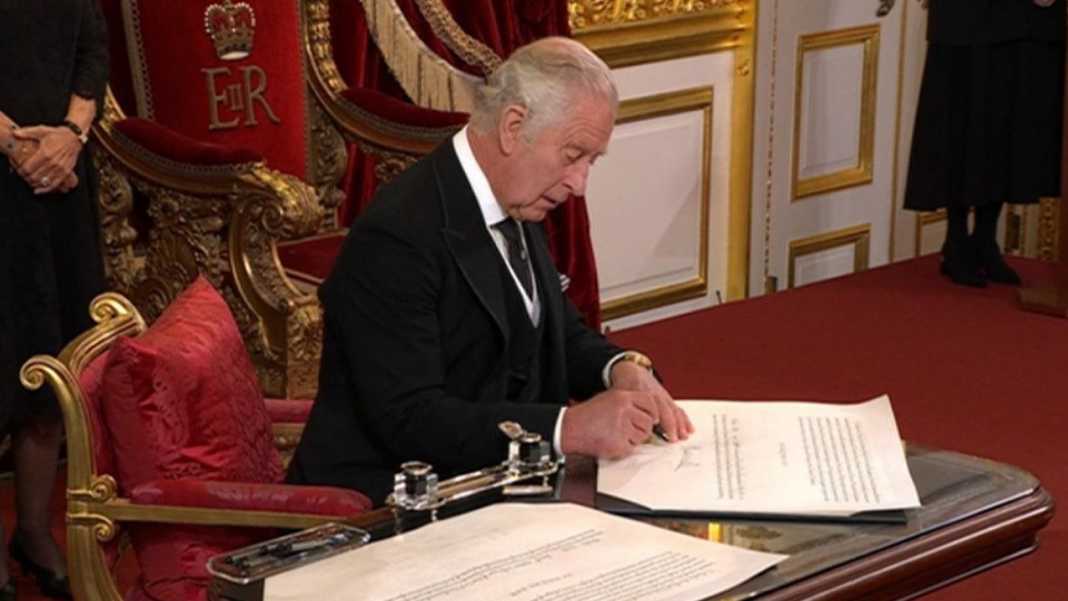 King Charles III was on Saturday declared Britain’s new King at a historic ceremony at the Accession Council. The ceremony was also televised for the first time. The 73-year-old former Prince of Wales has been crowned after his mother and Queen Elizabeth II died on Thursday.

Saturday’s ceremony took place at St James’s Palace in London. Here the formal announcement of the coronation took place and his swearing-in took place. King Charles III attended the ceremony with his wife, Queen Consort Camilla, and his son and heir Prince William. Prince William is the new Prince of Wales.

Britain’s longest-reigning Queen Elizabeth II died on Thursday at the age of 96. Queen Elizabeth II ruled Britain for the most 70 years. She was also extremely popular in Britain. Elizabeth had a special attachment to India. She traveled to India several times. She loved to roam here and visit the major places in the states of India. She was very fond of food and was very concerned about her health. The death of the Queen has spread mourning across the UK.

Queen Elizabeth II had come to Balmoral to spend the summer holidays, where she died. Great changes are about to happen in Britain since the death of the Queen. Britain’s banknotes and coins have for decades featured Queen Elizabeth II. Her portrait is also on the currency of dozens of other countries around the world, indicating the colonial influence of the British Empire.

Britain, Canada, Australia, New Zealand and other countries will take time to convert their currency after the Queen’s death, but this does not mean that notes and coins with Elizabeth’s portrait will not work. The currency will now have a picture of King Charles III instead of the Queen, but this is not immediately possible.