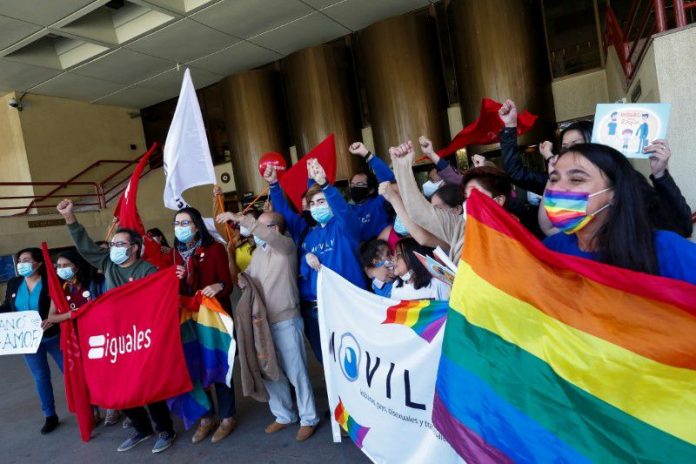 Chile’s Congress passed a law to legalize same-sex marriage on Tuesday, in a milestone for the conservative South American nation after a decade-long legal battle and with the country delicately poised ahead of a crossroads election this month.

The Chamber of Deputies, the lower house of Congress, passed the bill with 82 votes in favor, 20 against, and 2 abstentions. The bill had already been approved by Chile’s Senate.

The motion was first presented in 2017 by socialist president Michelle Bachelet, but stalled in Congress until current President Sebastian Piñera voiced his support.

“Today is a historic day, our country has approved same-sex marriage, one more step forward in terms of justice, in terms of equality, recognizing that love is love,” Minister of Social Development Karla Rubilar said after the vote.

The move had faced strong criticism from some of the president’s allies, including evangelical lawmaker Leonidas Romero of the National Renewal (RN) party.

Mr Romero had described the law change as “a tremendous betrayal for the Christian world”.

Chile joins a handful of Latin American countries to recognise marriage between same-sex couples. Others include Argentina, Brazil, Colombia, Costa Rica, Uruguay, and 18 states in Mexico and Mexico City.