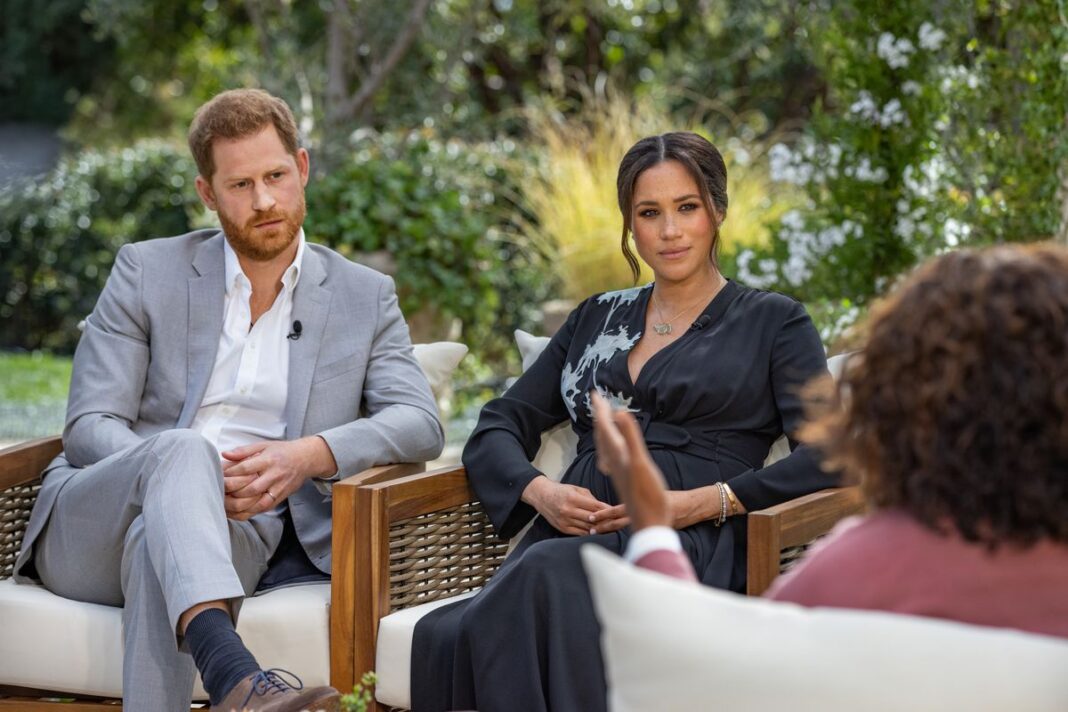 Britain’s Prince ‘Duke of Sussex’ Prince Harry and his wife ‘Duchess of Sussex’ Meghan Markle have given an interview to well-known American TV host Oprah Winfrey. In which Megan has made several revelations one after the other. During this time, she has spoken openly on the British Royal Family and also accused her of racism. Megan said that after joining the royal family, she had decided to take her own life.

Megan said that after marrying Prince Harry (Oprah Winfrey Harry and Meghan Interview), she began to feel like committing suicide and the Palace prevented her from seeking help in this regard. She told that when she told a senior official of the royal family that she needed help for mental health, he told him that it is not good for the family.

During the interview, Megan Markle said that the people of the royal family did not want to see her son as a prince, because they thought Archie was black in color. However, Megan did not name anyone. Prince Harry reported that his father, Prince Charles, heir to the British throne, had stopped picking up his phone and had not given him any financial help. The royal family has not commented on this interview aired today morning.

Megan told Oprah Winfrey that she was deeply saddened by what was happening in the palace, where she did not feel connected. So she and Prince Harry decided to leave the royal house. At the same time, Prince Harry said that he respects his grandmother Queen Elizabeth a lot. He said, ‘When the father stopped picking up my phone, I talked to my grandmother three times. She always encouraged me ‘.

During the interview, Megan Markle also became very emotional. Tears started coming out of her eyes in response to a question. Megan said that the atmosphere of the royal family was not favorable to her. Everyone lived separately from me there, comments were made about my child. There was a time when I thought of giving up my life, but Harry took me on at the right time. She further said that no one cared for her in the palace. She also accused her husband’s brother Prince William’s wife Kate of making her cry.