For the fourth time an Indian has stepped into space, Indian Origin Sirisha Bandla goes to space 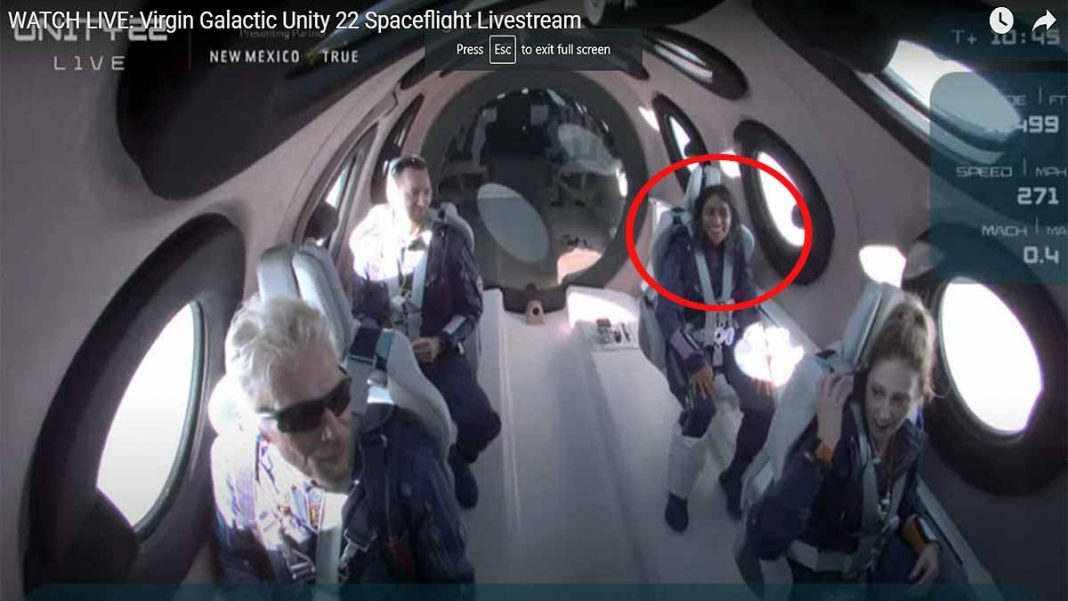 VSS Unity is also being called as Unity 22. In total 6 people are going in it. Two pilots and four passengers. This crew also includes Richard Branson. It was launched from Spaceport America in Las Cruces, New Mexico. Putting the Unity vehicle on top of the VMS Eve, took it to a height of 50 thousand feet and left it. After this the spacecraft itself moved towards space. This space journey will be about 1 hour and 5 minutes. After that VSS Unity will land back on the spaceport. After about the same time, this spacecraft of Virgin Galactic landed safely at Spaceport America at around 9.20 pm. All the passengers were safe and happy.

Sirisha did her Bachelor’s in aerospace aeronautical engineering from Purdue University, and later did a Masters in Business Administration from George Washington University.

Know what Sirisha Bandla grandfather says about her dream of flying –

Sirisha’s grandfather Dr Bandla Nagaiah says “From a very young age she had this ambition to explore the sky, the moon, and the stars. Sirisha had set her eyes on space, and I am not at all surprised that she is all set to realise her dream,” .

“After hearing the news that she was part of the team to go into space, I called her. She was driving but still answered the call. When I congratulated her, she said yes, finally it is happening, and said ‘thank you, thata (grandfather)’,’’ Dr Nagaiah told media .

He further says “She visited Guntur last November, and as usual she was full of energy and bubbling with ideas. She did not talk about going to space when she visited last time but she did mention that she was doing very significant work. She is very decisive and has very good leadership qualities,”.

“For several years, they used to visit India almost every year, sometimes twice. In Houston, Sirisha was attracted to the activities and news of NASA’s space exploration. She was keen on aeronautics and aerospace since she was very young. I knew that she was destined to do great things,” he said.

“When she was a child, she used to ask a lot of questions about aeroplanes, the sky, space travel etc. She used to write down her thoughts and ideas about sky and space, which I now think were documents of what she wanted to do in the future,’’ Nagaiah said.

“I am recovering from Covid-19, but I am so happy and proud to talk about my granddaughter. She is making everyone proud. It is one thing to dream about going to space but to actually achieve it requires a lot of dedication and perseverance and she has that in plenty.’’

“When she returns with the feather of space travel in her cap, I will have a wonderful chat with her,” Nagaiah added.