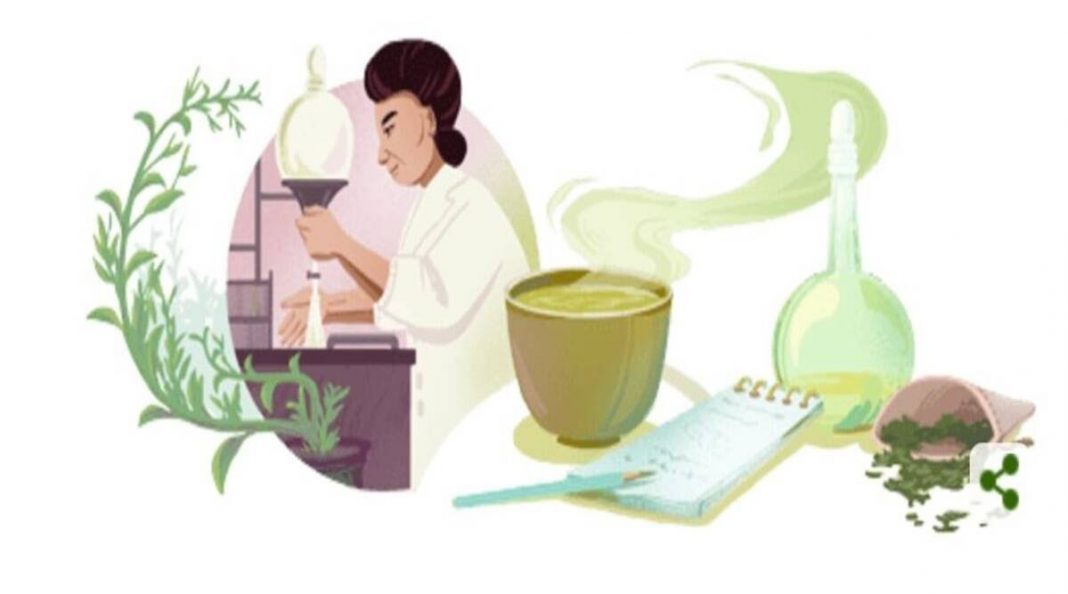 A variety of research components, such as a tea shrub, a cup of green tea, a pen, a flask, and a notepad, were used to form the letters of ‘Google’.

Michiyo Tsujimura was born on this day in 1888 in Okegawa, Japan. She was Japan’s first woman doctor of agriculture in 1932. Apart from her research, Dr Tsujimura also made history as an educator when she became the first Dean of the Faculty of Home Economics at Tokyo Women’s Higher Normal School in 1950.

Tsujimura started studying the biochemistry of green tea with Dr. Umetaro Suzuki, who is well known for discovering vitamin B1. Green tea had considerable quantities of vitamin C, the first of several yet unknown chemical components in green tea, according to their combined investigation. She identified catechin, a bitter component of tea, in 1929. Then, the next year, she isolated tannin, an even more bitter compound.

In 1956, Tsujimura was awarded the Japan Prize of Agricultural Science for her green tea research. She was also conferred with the Order of the Precious Crown of the Fourth Class in 1968.

A stone memorial honouring her achievements was installed in her birthplace of Okegawa City.