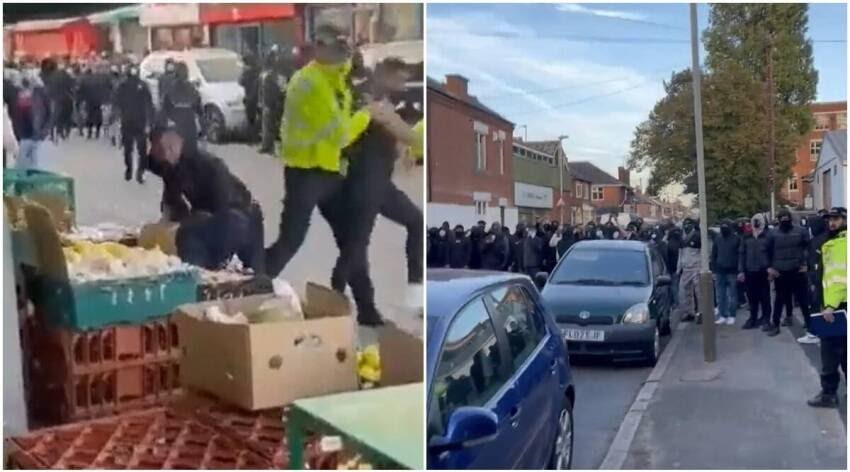 “We have strongly taken up this matter with the UK authorities and have sought immediate action against those involved in these attacks. We call on the authorities to protect the affected people,” the statement from the Indian High Commission said.

The Indian High Commission has also urged the authorities to protect those affected.

According to a statement from Leicestershire Police, fifteen persons have so far been detained for their part in t he incident.

According to Leicester Police, they are looking into the incident of a flag being torn down in front of a place of worship on Melton Road.