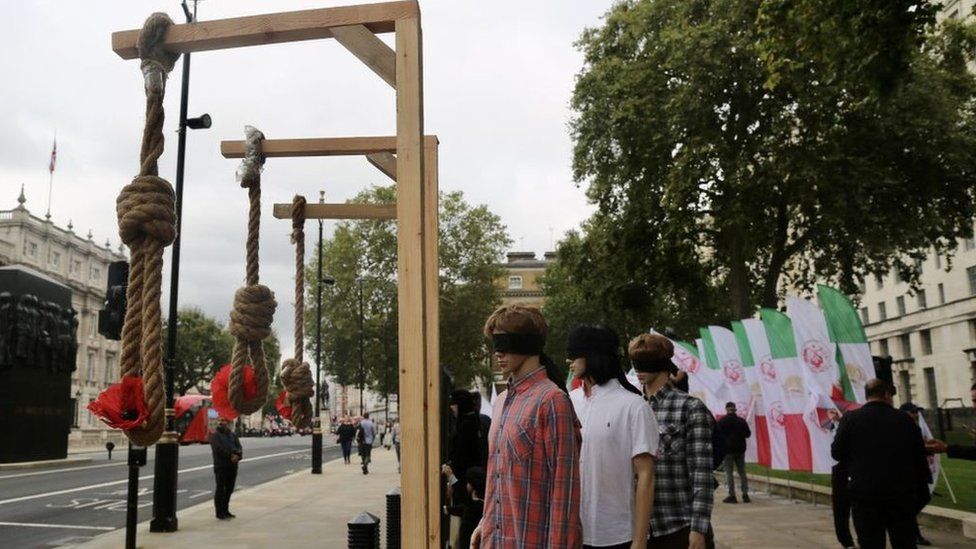 Two rights groups condemned Iran’s “abhorrent assault” on the right to life on Wednesday, amidst mass scale state-approved killings. The executions are reportedly being carried out at an alarming pace.

Washington-based Abdorrahman Boroumand Centre for Human Rights in Iran and London-based Amnesty International stated in a joint statement that 251 hangings have been confirmed this year alone up until the end of June, however, the real number may be even higher.

“If executions continue at this horrifying pace, they will soon surpass the total of 314 executions recorded for the whole of 2021,” the groups said, denouncing the “execution spree”.

In the report, it was stated that 146 people executed this year had been convicted of murder, “amid well-documented patterns of executions being systematically carried out following grossly unfair trials.”

At least 86 other people were executed for offences that were drug-related. Executions related to drugs had dropped greatly in recent years until now, following changes to domestic legislation.

The report said the authorities have regularly carried out mass executions in prisons across Iran, with up to a dozen people executed at a time.

The groups confirmed a report by another NGO, Iran Human Rights, that Iran on Saturday also carried out its first public execution in two years.

The rights groups also expressed alarm that over a quarter of people executed so far in 2022 were members of Iran’s Baluchi ethnic minority, who make up just five per cent of the population.

“The disproportionate use of the death penalty against Iran’s Baluchi minority epitomises the entrenched discrimination and repression they have faced for decades,” said Abdorrahman Boroumand Centre for Human Rights director Roya Boroumand.

The rise in executions has also coincided with the rise of the former judiciary chief, Ebrahim Raisi, to the presidency and the appointment of former intelligence minister Gholamhossein Mohseni Ejei as the new head of the judiciary.

Activists say that Iran is in the throes of a major crackdown as protests continue over living conditions amidst a severe economic crisis.