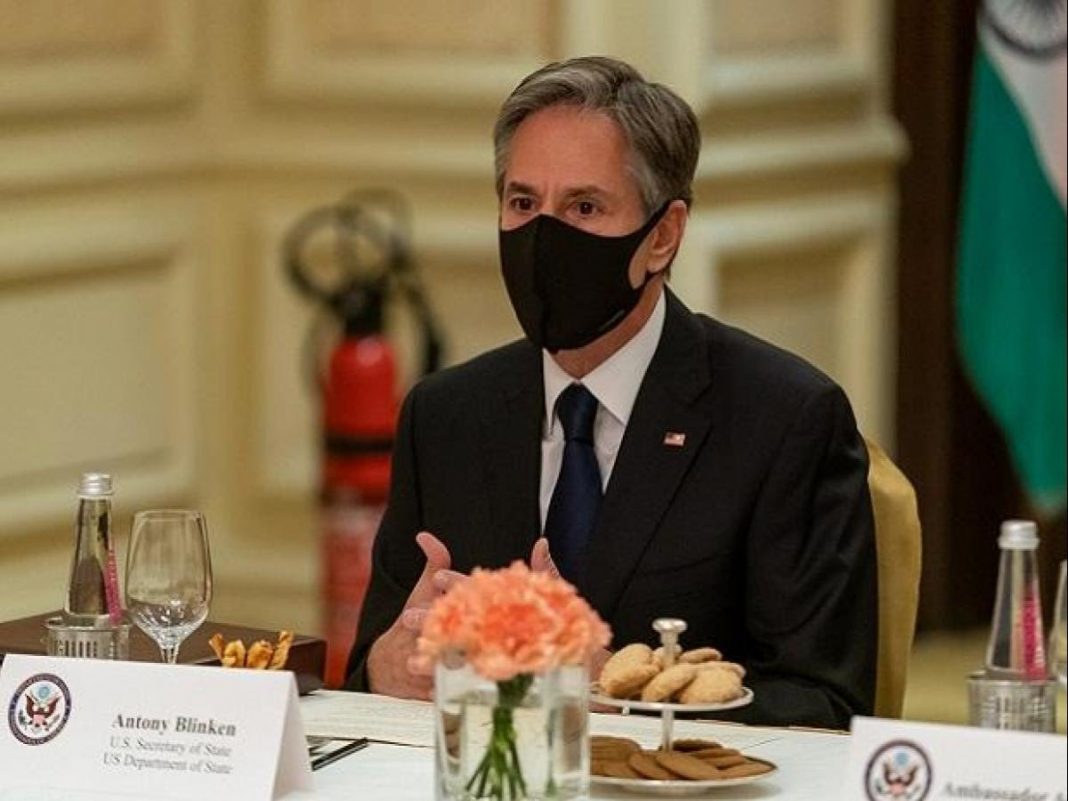 US Secretary of State Antony Blinken on Wednesday warned that the US would turn to “other options” if diplomacy fails to curb Iran’s nuclear programme, saying “time is running short”.

The United States and Israel said Wednesday they were looking at further possible ways of dealing with Iran if Tehran does not come back in good faith to negotiations to rescue a landmark nuclear deal.

Speaking after three-way talks with the foreign ministers of Israel and the United Arab Emirates, US Secretary of State Antony Blinken said, “We’re united in the proposition that Iran cannot be allowed to acquire a nuclear weapon. We believe that the diplomatic path is the most effective way to ensure that that doesn’t happen.” But he said Iran has already had nine months since Biden’s election to demonstrate its commitment.“With every passing day, and Iran’s refusal to engage in good faith, the runway gets get short,” Blinken said. “We are prepared to turn to other options if Iran doesn’t change course,” he warned.

He did not elaborate but Lapid, without being contradicted, said of Blinken’s comments: “I think everybody understands — here in Israel and in the Emirates and in Tehran — what it is that we mean.” Lapid earlier said that both he and Blinken, as sons of Holocaust survivors, “know there are moments when nations must use force to protect the world from evil.” “If a terror regime is going to acquire a nuclear weapon, we must act,” Lapid said. “Israel reserves the right to act at any given moment in any way. That is not only our right; it is also our responsibility.”

Last week, US National Security Advisor Jake Sullivan said that diplomacy is the best path to curb the expansion of Iranian Nuclear Programmes, reiterating President Joe Biden’s preference for negotiations over retaliatory actions. His remarks came as he hosted his Israeli counterpart Dr Eyal Hulata and a “high-level Israeli delegation” in the White House. It is imperative to note that both the countries have jointly formed the ‘US-Israel Strategic Group’ to counter Iran. The deal, signed in 2015 between Iran and other major world powers, including the United States, France, Britain, China, Russia, and Germany (P5+1), saw Washington lifting economic sanctions against Tehran.