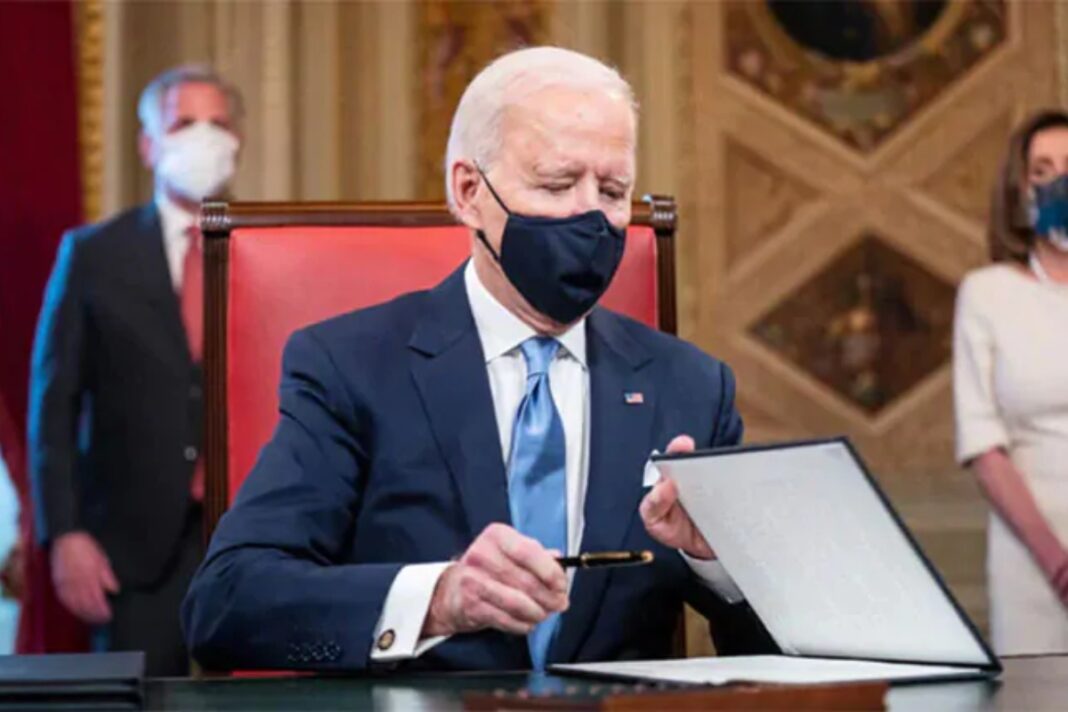 Joe Biden was sworn in as the 46th President of the United States on Wednesday. After a low-kept inauguration ceremony, the President took over his White House duties and started working on important issues that need immediate attention. Stating that there’s no time to waste, Biden reviewed a number of orders and signed them to undo Trump legacy. The issues that Biden first addressed included plans to tackle Covid-19 pandemic, combat climate change and advance racial equity.

In yet another historic decision, Biden lifted ban on 13 Muslim-majority and African countries halted construction of the US-Mexico border wall; and directed officials to preserve the Deferred Action for Childhood Arrivals (DACA), among various other things. He also ordered to rejoin Paris Climate Accord.

In total, Biden signed 17 executive order, me memorandums and proclamations from the Oval Office on Wednesday afternoon.

Meanwhile, in a shocking revelation, Biden on Wednesday revealed that outgoing president Donald Trump wrote him a generous note before departing from White House.

“The president wrote a very generous letter. Because it was private, I won’t talk about it until I talk to him. But it was generous,” he told reporters.

In his final address as the President of the United States, before leaving the White House, Trump had told the nation, “We love the American people and again it has been something very special. And I just want to say goodbye, but hopefully it’s not a long term goodbye. We’ll see each other again.”