Support Us
More
More
HomeWORLDJohnny Depp Vs Amber Heard: All you need to know about
WORLD
June 2, 2022

Johnny Depp Vs Amber Heard: All you need to know about 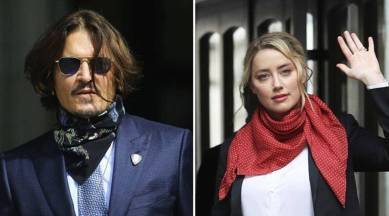 The jury also ruled in favor of Heard in some aspects of her counter-suit against Depp.

Depp, the 58-year-old “Pirates of the Caribbean” star, sued Heard for $50 million and argued that she defamed him when she called herself “a public figure representing domestic abuse” in a newspaper opinion piece.

Heard, 36, countersued for $100 million, saying Depp smeared her when his lawyer called her accusations a “hoax.”

Heard, who sat silently in the court as the verdict was being delivered, said she was “heartbroken”.

“I’m even more disappointed with what this verdict means for other women. It’s a setback. It sets back the clock to a time when a woman who spoke up and spoke out could be publicly humiliated. It sets back the idea that violence against women is to be taken seriously,” she said in a statement posted on her Twitter account.

Depp, who did not attend the session on Wednesday, said: “The jury gave me my life back. I am truly humbled.”

“I hope that my quest to have the truth be told will have helped others, men or women, who have found themselves in my situation, and that those supporting them never give up,” he said in a statement posted to Instagram.

Depp and Heard met in 2011 while filming “The Rum Diary” and wed in February 2015. Their divorce was finalized about two years later.

At the center of the legal case is a December 2018 opinion piece by Heard in the Washington Post in which she made the statement about domestic abuse. The article did not mention Depp by name but his lawyer told jurors it was clear that Heard was referring to him.

During six weeks of testimony, Heard’s attorneys argued that she had told the truth and that her comments were covered as free speech under the U.S. Constitution’s First Amendment.