Mehsa Amini’s Father Has Refused To Perform Her Last Rites, Know Why 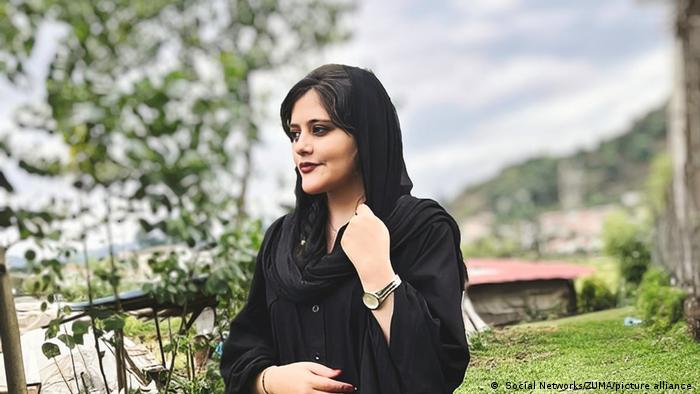 In Iran, where women are opposing the hijab, on the other hand governments and radicals have become violent against women. One such 22-year-old Iranian woman Mahsa Amini was killed in police custody for not wearing the hijab properly, which has further fueled the anger among women towards the hijab. The ongoing movement in support of Mahsa and against the government including the administration has intensified. Amidst these protests, Mehsa Amini’s father has refused to perform her last rites. He did not even offer the last prayer to be recited on Mahsa’s body.

At the same time, the angry father on the death of his daughter said, “Your Islam has killed her and now you have come to pray for her. Aren’t you ashamed of yourself? You killed her for two strands of hairs! Take your Islam and go. This video of Mehsa’s father’s anger is going viral.”

Mahsa Amini, 22, was detained by the so-called moral police on September 13 after authorities apparently found fault with the way she wore her hijab. In such a situation, after a while she suffered a heart attack and was immediately taken to the hospital with the help of emergency services. Al Jazeera has told in this case that Mahsa died on Friday.

According to the report, human rights activists who spoke to Mahsa’s family said that the police caught Amini and forced her to sit inside a police vehicle. Her brother Kiarash intervened but the police told her that they were taking her sister for an hour to teach a lesson.

Her brother was waiting for her release outside the police station but an ambulance took her sister to the police station. Police said, “The woman was sent to the Greater Tehran Police Complex for guidance and education when she suddenly suffered a heart attack in the presence of others.”

Mahsa’s family said she was normal and had no prior heart disease. Along with this, the family members have raised questions on the action of the police. In this case, human rights organization Amnesty International said, “There should be a judicial inquiry into the suspicious death of 22-year-old girl Mahsa Amini because she was abused by the police.”

After this incident, anger has spread on social media. Iranian President Ebrahim Raisi has ordered the Interior Minister to launch an investigation into the matter. While several MPs said they would take up the matter in Parliament, the judiciary said it would set up a special task force to investigate. Amini’s death comes amid a growing controversy inside and outside Iran over the conduct of the ethics police, formally known as the Patroll-e Ershad (Guidance Patrol), raising questions about her style of functioning.