Support Us
More
More
HomeWORLDMexico has proposed to the United Nations to set up a committee...
WORLD
September 23, 2022 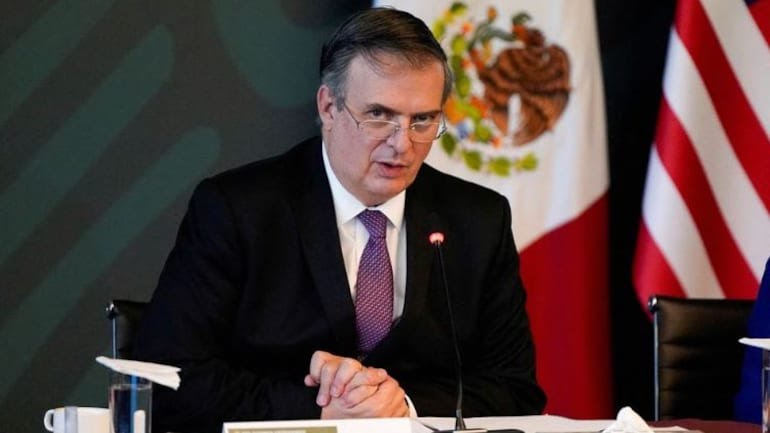 Mexico has proposed the setting up of a committee comprising Indian Prime Minister Narendra Modi, Pope Francis and UN Secretary-General Antonio Guterres to try to establish lasting peace between Russia and Ukraine. The proposal was made by Mexican Foreign Minister Marcelo Luis Ebrard Casoubon during a UN Security Council discussion in New York on Thursday.

During his meeting with Putin on the sidelines of the 22nd Shanghai Cooperation Organization meeting in Samarkand, Uzbekistan, PM Modi had told the Russian leader “today’s era is not a time of war”. This statement of Modi was welcomed by many western countries including America, France and Britain.

Mexico’s foreign minister said, “In line with its pacifist stance, Mexico believes that the international community should do its best to bring about peace.”

Foreign Minister Marcelo Casoubón said, “I present to you a proposal by the President of Mexico, Andrés Manuel López Obrador, to strengthen the mediation efforts of UN Secretary-General Antonio Guterres in this regard with the participation of other heads of state and governments.”

A Ukraine ‘Talks and Peace Committee’ should be formed, in which if possible Narendra Modi and Pope Francis should be included.

He said that the goal of this committee would be to create a new mechanism for dialogue and to create a proper place for mediation with the aim of building trust, reducing tension, opening the way to lasting peace. The Mexican foreign minister argued that peace could be established only through dialogue, diplomacy and effective political efforts. He said the Security Council has not been able to fulfill its responsibility. So a new option needs to be tried.

Addressing a press conference last month, Mexican President Obrodor said that his goal is to bring together these three key figures, who can rapidly present a plan to end the war around the world and at least An understatement to see the struggle that lasted five yearsbe able to develop.He said that in the world five years will pass without tension, violence and there will be peace. This will change the lives of those most affected by the war and its effects.