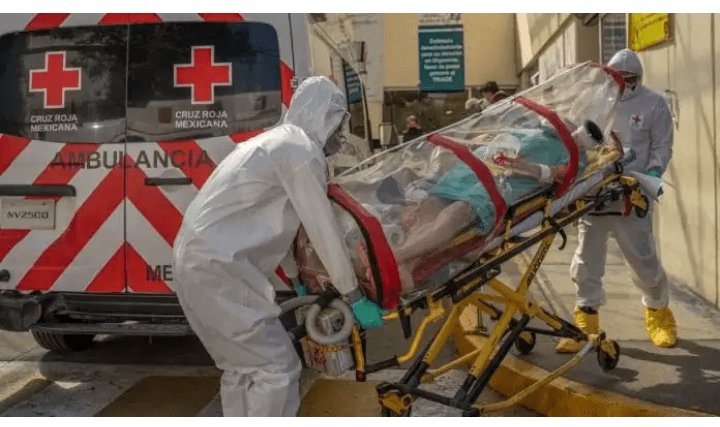 President Andres Manuel Lopez Obrador, who himself is currently battling the illness, has resisted mandatory lockdowns seen in other countries and has largely pressed forward with the same priorities he had before the outbreak. He’s avoided widespread direct stimulus to ease the virus’s economic impact and has continued to tout his efforts to root out corruption.

“The Covid-19 pandemic causes much sadness, much pain, it’s harmful, but more harmful, more dire is the plague of corruption; it’s worse than an illness,” Lopez Obrador said at an event last week. The president made the remark a day after Mexico reported a record daily rise of 1,803 Covid deaths.

As the toll in Mexico rose, and the country surpassed Italy, Spain and the U.K. in total fatalities, Lopez Obrador emphasized the larger population. But in overtaking India, Mexico now has a higher death toll than a country with more than 10 times as many people. On the basis of Covid-19 deaths per capita, Mexico is among the top three highest in Latin America.

The death rate reported by Covid in India has fallen to about a tenth of its daily high in September to more than 100 deaths per day. The number of recorded cases also declined after its vaccination campaign began earlier in January. The South Asian nation of around 1.3 billion people was released from one of the world’s toughest lockdowns early last year.