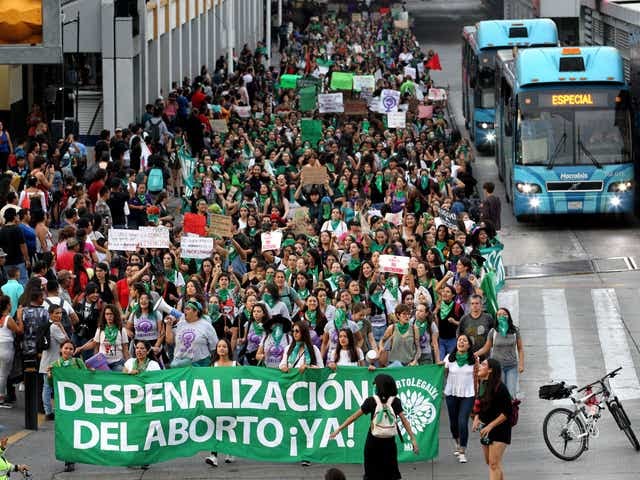 The Supreme Court of Justice of the Nation in México (SCJN) has declared that punishing abortion as a criminal is unconstitutional, paving the door for abortion to be legalised across the country.

The court took up the issue on Monday when eight of 11 justices voted to revoke a law in the state of Coahuila that punished women with up to three years in prison for having an abortion — even in cases of rape. The other three justices joined in the decision Tuesday, declaring such laws unconstitutional.

“Never again will a woman or a person with the capacity to carry a child be criminally prosecuted. Today the threat of imprisonment and the stigma it lends on people who freely decide to terminate their pregnancy are banished,” said Justice Luis María Aguilar González, president of the SCJN.

“Today is a historic day for the rights of all Mexican women,” said Supreme Court Chief Justice Arturo Zaldivar on Tuesday.

“It is a watershed in the history of the rights of all women, especially the most vulnerable,” he added.

Before the decision of the SCJN, only in four states of the 32 that comprise México was abortion decriminalized: México City in 2007, Oaxaca in 2019 and Hidalgo and Veracruz in 2021. Coahuila will be the fifth.

The decision comes down just as the United States is establishing strict laws for women seeking an abortion, specifically across the border in Texas. Reproductive rights activists have urged President Biden’s administration to respond to the outlandish restrictions that prohibit abortions after 6 weeks of pregnancy.

In several countries across Latin America abortion remains illegal despite a growing movement supporting women’s rights. The Dominican Republic, Honduras, and Nicaguara all consider abortion illegal under any circumstances.