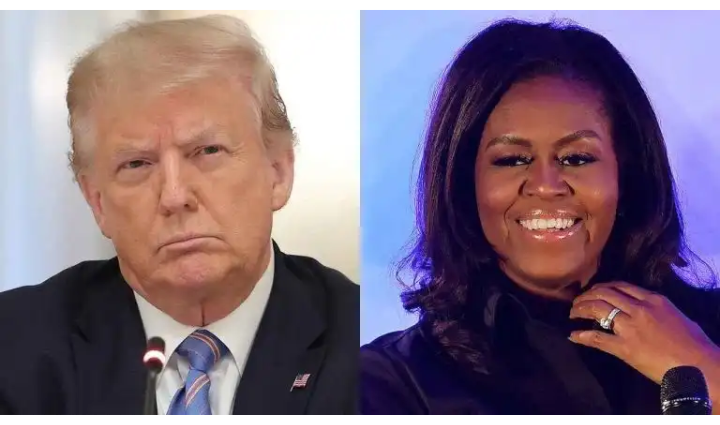 Former first lady Michelle Obama condemned what she said was President Trump’s role in kindling dangerous and violent protests in D.C. on Wednesday, calling on the country’s major technology companies to permanently ban the president from their respective platforms.

Obama called the pro-Trump protesters a “gang” who “besieged the United States Capitol,” adding that the social media giants must take action to prevent this type of “monstrous behavior.”

Trump has been blocked from posting to Facebook and Twitter “indefinitely and for at least the next two weeks until the peaceful transition of power is complete,” Facebook CEO Mark Zuckerberg said Thursday.

But Obama along with civil rights groups say he needs to be banned for good and condemned Facebook, Twitter and Google’s YouTube for failing to stop the flood of extremist and dangerous content from Trump and his supporters that they say fueled Wednesday’s violence.

“Now is the time for companies to stop enabling this monstrous behavior — and go even further than they have already by permanently banning this man from their platforms and putting in place policies to prevent their technology from being used by the nation’s leaders to fuel insurrection,” Obama wrote in her statement, which she shared on Twitter and on Facebook.