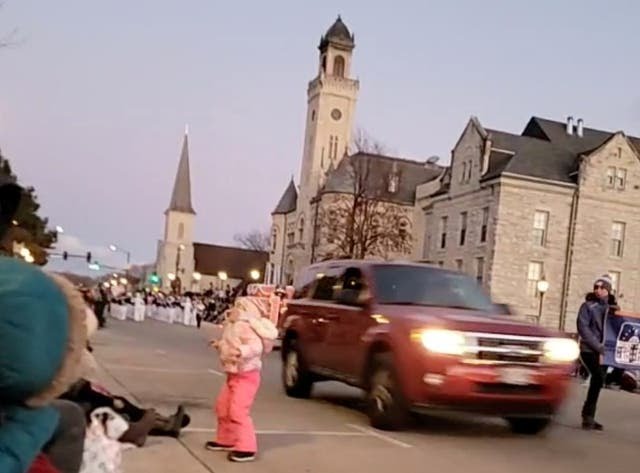 A speeding SUV plowed through a Christmas parade in Waukesha, Wisconsin, on Sunday, killing at least one person and injuring more than 20, including a group of young dancers waving pompoms.

Officials were still gathering information on the incident which occurred just after 4:30 pm (2230 GMT), as spectators in the town of Waukesha, a Milwaukee suburb, watched the annual tradition.

Fire Chief Steven Howard said 11 adults and 12 children were injured and transported to hospitals by his department. It was unknown how many people were taken to hospitals by others. Children’s Hospital of Wisconsin said it received 15 patients from the parade and no reported fatalities as of 8 p.m.

A Catholic priest, multiple parishioners and Waukesha Catholic schoolchildren were among those injured, the Archdiocese of Milwaukee spokeswoman Sandra Peterson said.

Angelito Tenorio, a West Allis alderman who is running for Wisconsin state treasurer, told the AP that he was watching the parade with his family when they saw the SUV come speeding into the area.

“Then we heard a loud bang,” Tenorio said. “And after that, we just heard deafening cries and screams from the crowd, from the people at the parade. And people started rushing, running away with tears in their eyes crying.” Tenorio said he saw about 10 people, children and adults, on the ground who appeared to have been hit by the vehicle.

“It just happened so fast,” he said. “It was pretty horrifying.”

(With inputs from AP)