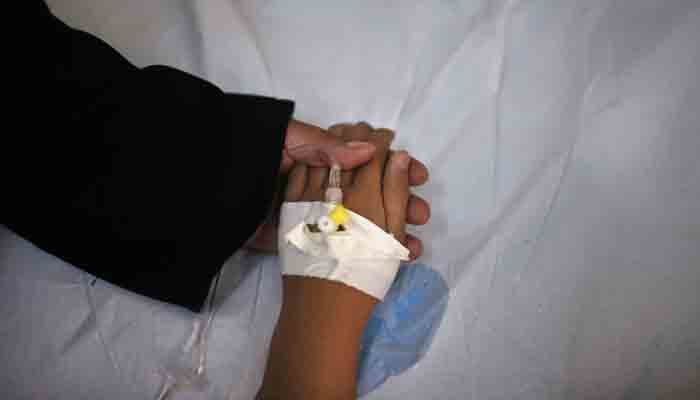 Pakistan is witnessing a mysterious viral fever which behaves exactly like dengue fever as it reduces platelets and white blood cellist patients. The local media reported such cases being reported in Karachi and it has been stated when a person is tested for dengue the results come out negative.

“For a couple of weeks, we are seeing cases of viral fever, in which platelets and white blood cells are dropping while other clinical symptoms are also similar to the dengue fever. But when NS1 antigen of these patients is performed, their tests come out to be negative,” Professor Saeed Khan, the head of molecular pathology at the Dow University of Health Sciences, said, according to the publication.

Other experts, including physicians and hemato-pathologists from different hospitals of the city, have also confirmed that a dengue virus-like pathogen is circulating in Karachi, causing a disease that is acting similar to dengue fever and requires the same treatment protocols but it is not dengue fever.

A molecular scientist, Dr Muhammad Zohaib, who is associated with the Children’s Hospital in Gulshan-e-Iqbal, also confirmed that cases of viral fever, which was not dengue but had dengue-like symptoms, had been witnessed by them as well as several other pathologists in the city.

“Owing to this mysterious viral disease in addition to growing number of dengue fever cases, there is an extreme shortage of mega units of platelets as well as random units in the city. People are moving from pillar to post for mega units and random platelets units for their loved ones,” he said.

Hematologist and physician Dr Saqib Ansari, however, said that the phenomenon of people having dengue symptoms testing negative for dengue was not new in Karachi. He maintained that such cases were being witnessed since 2008. He called for more research before reaching to any conclusion.

“I have seen cases where patients were dropping platelets while their SGPT was also on the rise and they had classic symptoms of dengue fever but their dengue test came out negative. There is a possibility that false negative results are being reported so there is a need for more research in this regard,” Dr Ansari said.