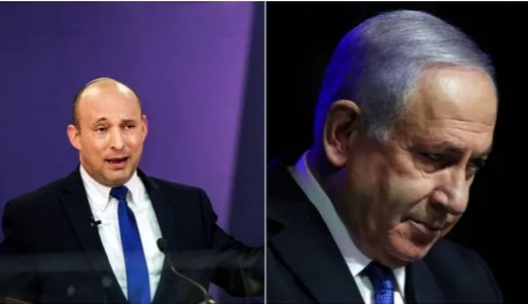 The Benjamin Netanyahu era has come to an end in Israel. Naftali Bennett has been appointed as the new Prime Minister of the country. Bennett took oath as PM on Sunday. Naftali Bennett, a right-wing Jewish nationalist and former tech millionaire.

Benjamin Netanyahu tried everything possible to save his chair, but could not succeed. Late on Sunday night, 60 MPs voted in favor of the new government, while 59 MPs voted against it. With this, the tenure of Benjamin Netanyahu, who had been in the post of Prime Minister for 12 years, ended.

Naftali Bennett, 49, has served as minister of defence as well as of education and the economy in various governments under the leadership of Netanyahu. Born in the Israeli city of Haifa to immigrants from San Francisco, California, Bennett stormed into national politics in 2013 after renouncing his US citizenship.

Bennett will be replaced by Yair Lapid in 2023

Under a coalition deal, Bennett will be replaced as prime minister by centrist Yair Lapid, 57, in 2023.The new government, formed after an inconclusive March 23 election, plans largely to avoid sweeping moves on hot-button international issues such as policy toward the Palestinians, and to focus on domestic reforms.

The new coalition consists of eight parties from across Israel’s political spectrum, including a small Arab party, which makes it extremely fragile.

Israel’s longest-serving leader, Netanyahu was prime minister since 2009, after a first term from 1996 to 1999. But he was weakened by his repeated failure to clinch victory in the polls since 2019 and by an ongoing corruption trial, in which he has denied any wrong doing.

Netanyahu, 71, in typically combative style, vowed shortly before his defeat that “if it’s our destiny to be in the opposition, we’ll do so with our heads high until we take down this bad government and return to lead the country our way”.

“I look forward to working with Prime Minister Bennett to strengthen all aspects of the close and enduring relationship between our two nations. Israel has no better friend than the United States,” he said in a statement.