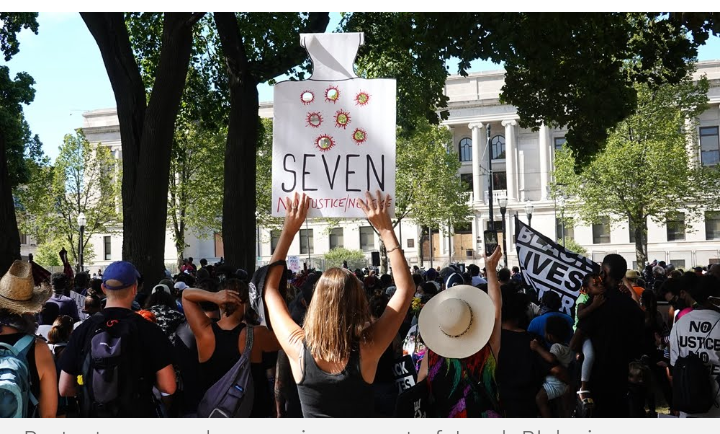 No police officer will face charges over the shooting of African American Jacob Blake in August in Kenosha, Wisconsin, which sparked several days of violent protests in the U.S.

Blake, 29, was left paralyzed, without the use of his legs, after being shot several times in the back as he tried to get into a car where his three children were sitting.

The other two police officers at the scene — Brittany Meronek and Vincent Arenas — also will not face charges, according to Kenosha County District Attorney Michael Graveley.

Graveley said Tuesday he “would have to disprove the clear expression of these officers that they had to fire a weapon to defend themselves.”

“I do not believe the state … would be able to prove that the privilege of self-defense is not available,” added Graveley, who said he had informed Blake of the decision not to file charges.

Kenosha, a city of 100,000 people between Milwaukee and Chicago, had braced for the decision, and Wisconsin Governor Tony Evers authorized the Wisconsin National Guard to support local law enforcement.

Protests broke out last summer in response to viral cellphone video that showed Blake walking around the front of his car with Sheskey following and opening fire after Blake opened the door.

But investigators said the video was incomplete, failing to reveal that Blake was armed with a knife and that he had resisted arrest when police tried to detain him on a felony arrest warrant.