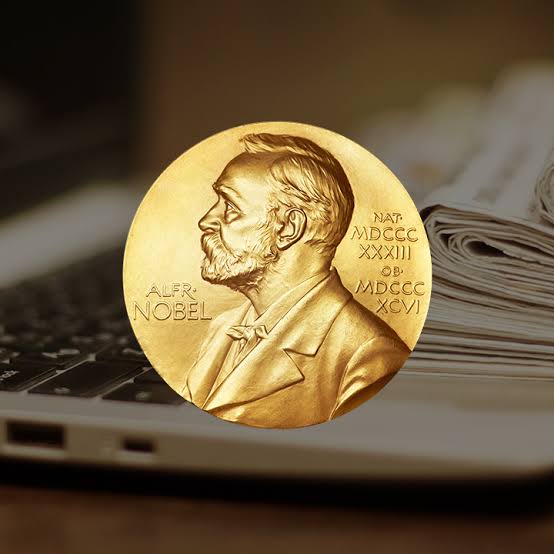 Bestowing the Nobel Peace Prize upon two independent journalists for their heroism in the field of media-mass communication deserves heaps of encomium as it has not only acknowledged dedications and commitments of the Nobel laureates but also restored the glory of Press, the proud fourth pillar of democracy, whose freedom is facing existential cul-de-sacs globally. It has overtly zoomed out the altitude of the Nobel Prize. Needless to say that the Sword of Damocles is unabashedly hovering over the freedom of expression, a bedrock of vibrant democracy. So, awarding the journalists means honouring the profession of journalism avowedly.

Philippine journalist Maria Ressa and Russian newscaster Dmitry Muratov won the 2021 Nobel Peace Prize for their exemplary fights for freedom of expression in their countries where reporters have confronted attacks, harassments and even murders. Maria Ressa and Dmitry Muratov have been conferred with such a prestigious award for doing what the Press is meant to do in their countries and everywhere around the world. The Nobel Peace Prize 2021 is the fountainhead of inspiration for journalists, professional freelancers and media’s newbies who, following the footprints of Ressa and Muratov, can checkmate the diminishing of democracy by dint of their mightier pen and right to question authority.

Reprehensibly enough, democracy around the world is willingly trying to dismantle its fourth estate, Press, by playing footsie with some accomplices within the media. So, this award is both cheering and chilling. It is inspiring for those who stand firm battling all odds while discharging their duties and their bravery is recognized. On the other hand, it is chilling for those who have failed to uphold the sanctity of journalism by being part of the propaganda machinery and kowtowing to the Goebbels of government.

The Peace Prize is generally given to dissidents and political adversaries of those rejoicing the power. By choosing journalists for the Peace Prize, the Norwegian Nobel Committee has in a sense elevated the investigative journalism to the level of the dissident. Dissident is the part of democracy that makes a democratic establishment develop in a healthy and robust way. It is beautifully represented by Hubert H. Humphrey’s famous saying: “Freedom is hammered out on the anvil of discussion, dissent, and debate.” And of course the Nobel Committee has emphasized it at a time when we need reminding that journalism is not a profession rather it is a mission. Bagging the Nobel Prize is the stupendous achievement of journalism that has underlined the positivity and quality services of media which could dare to hold the government to account.

Explaining why the prestigious prize went to the two scribes, Berit Reiss-Andersen, chair of the Norwegian Nobel Committee, said: “Free, independent and fact-based journalism serves to protect against abuse of power, lies and war propaganda. Without freedom of expression and freedom of the Press, it will be difficult to successfully promote fraternity between nations, disarmament and a better world order to succeed in our time.” This is an excellent tribute to all journalists who risk their lives around the world to defend the right to information in authoritarian societies.

Maria Ressa, who founded investigative journalism website Rappler, has focused much of her work against the authoritarian regime of Philippine President Rodrigo Duterte. Her journalism worked on the controversial and violent war on drugs in the Philippines. Maria Ressa’s reporting has made her a target of her country’s judiciary and online hate campaigns. She has also documented how social media is being used to spread fake news, harass opponents and manipulate public discourse. Maria Ressa has urged people to come together to stop the rise of misinformation as journalists have lost gatekeeping powers to technology platforms.

Dmitry Muratov is the Editor-in-Chief of Novaya Gazeta, one of the very few independent media outlets in Russia, which has seen six of its journalists murdered so far for doing fact-finding journalism. Muratov said he would use his win to help independent journalists who have faced growing pressure from the authorities. According to the Committee to Protect Journalists, Novoya Gazeta is “the only truly critical newspaper with national influence in Russia today. Despite the Kremlin’s success in marginalising independent reporting, Novaya Gazeta continues to wield considerable influence with its uniquely uncompromising editorial line.”

The prize is the first for the journalists—Ressa and Muratov—since Ernesto Teodoro Moneta of Italy bagged Nobel Peace in 1907 for promoting pacifism and German Carl von Ossietzky won it in 1935 after revealing the Nazi regime was secretly re-arming in breach of the World War I peace accord. The Nobel Peace Prize will be presented on December 10, the anniversary of the death of Swedish industrialist Alfred Nobel, who founded the awards in his 1895 will.

Journalism is, as it has been rightly said, is literature written in a hurry. Literature is simply a mirror of society. So journalism is deemed to reflect exactly what is happening in society. It is the prime duty of readers, intellectuals, academicians and sensible citizens to safeguard the journalism which will remain literature without fiction. It is the need of hour to insulate the media from the attacks of echoing chambers of fake news.

(Ramakant Chaudhary is Contributing Editor to Daily News Post. He has worked with The Times of India, Hindustan Times (Mint), Dainik Jagran Group, The Pioneer and The Political and Business Daily. The views expressed are personal.)