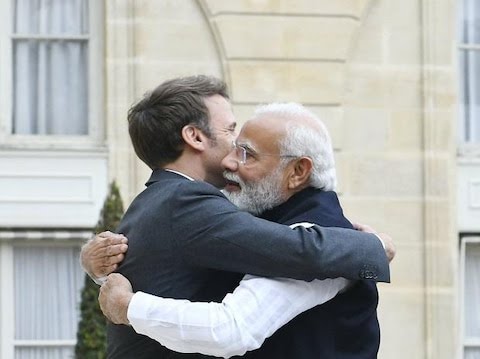 The UN echoes Prime Minister Narendra Modi’s message to Putin over the conflict in Ukraine. In his remarks at the UN General Assembly, Prime Minister Modi was praised by French President Emmanuel Macron. The time is not for war, PM Modi was correct in saying, according to Macron, to Russian President Vladimir Putin.

Russia “cannot impose any will by armed means,” continued Macron. Modi’s talk with Putin during the India-Russia bilateral meeting held in conjunction with the SCO summit was the subject of Macron’s appreciation for Modi at the UNGA.

“This is why there’s an urgent need to develop a new contract between the north and the south an effective contract which is respectful for food, for biodiversity, for education,” he added.

Macron, while speaking about the conflict in Ukraine said, “Russia is today seeking to uphold a double standard, but the war in Ukraine must not be a conflict that leaves anyone indifferent.”

In his address on the opening day of the General Debate, the French president said “there are countries that have chosen a form of neutrality vis–vis this war. Those who are saying that they’re non-aligned are wrong. They are making a historic error”.

“The combat of the non-aligned movement is a fight for peace. They fought for peace, the sovereignty of states and territorial integrity. Those who are keeping silent today are in a way complicit with a cause of new imperialism, a new order that is trampling over the current order, and there’s no peace possible here.” “Russia is today seeking to uphold a double standard but the war in Ukraine must not be a conflict that leaves anyone indifferent,” Macron said.

Smriti Irani, a minister in the Union, responded to the French President’s remark on Twitter by saying that India’s assertive geopolitical strategy has placed the country at the head of the emerging global order.