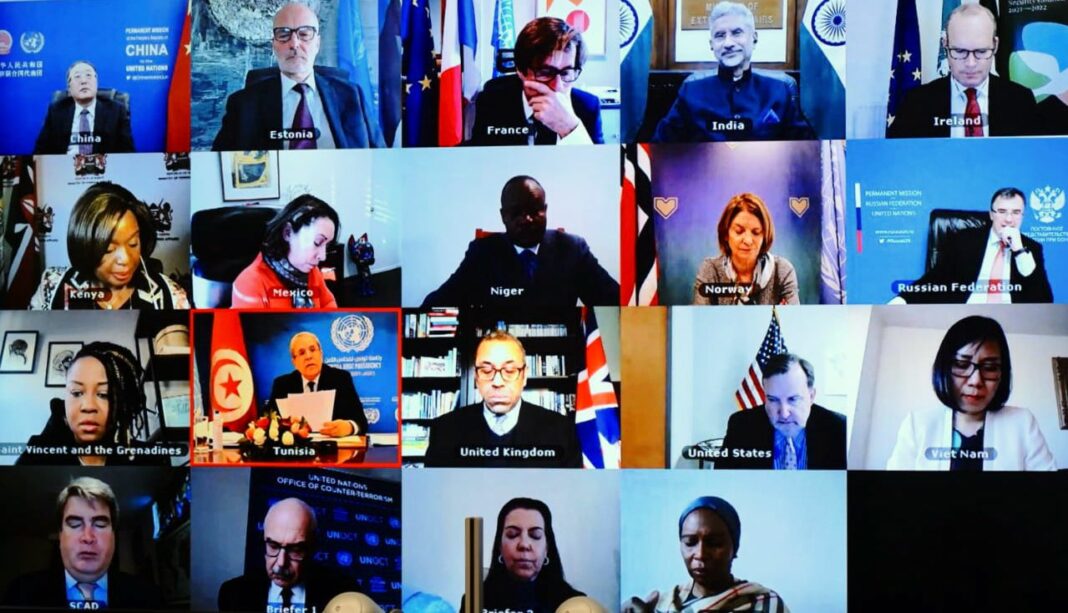 Minister of external affairs S Jaishankar on Tuesday called for political will to combat terrorism across the globe. “There must be no ifs and buts in the fight,” he said while addressing the UNSC Open Debate, according to news agency ANI.

This was the first time that EAM made an intervention in the UNSC after India has assumed membership on January 1, 2021.

Calling out “double standards,” the foreign minister said “Terrorists are terrorists, there are no good and bad ones. Those who propagate this distinction have an agenda and those who cover up for them are just as culpable.”

“While we must enhance the capacities of the former, the international community must collectively call out the latter and hold them accountable,” he told the UN members.

S Jaishankar stated, “Nor should we allow terrorism to be justified & terrorists glorified. All members must fulfill the obligations enshrined in int’l counter-terrorism instruments,” according to ANI.

Addressed the UN Security Council  chaired by Tunisia on global fight against terrorism.

2. No double standards. Terrorists are terrorists. No good or bad distinction.

3. Don’t place blocks and holds on listing requests without reason.

5. Enlist and delist objectively, not on political or religious considerations.

6. Recognise the linkage to organised crime.

The meeting  provided an opportunity to assess the progress made in creating the necessary legal and institutional frameworks related to the prevention and countering of terrorism and violent extremism conducive to terrorism and to highlight possible existing gaps and challenges.

UN Security Council Resolution 1373 was passed in the aftermath of the 9/11 attacks on the US. Setting the bedrock of the Council’s action in the field of Counter-Terrorism, the resolution called on States to implement a number of measures aiming at enhancing their legal and institutional capacity to prevent and counter terrorist threats, including by criminalizing terrorist acts, ensuring that terrorists are brought to justice and denying them safe havens and financial support.