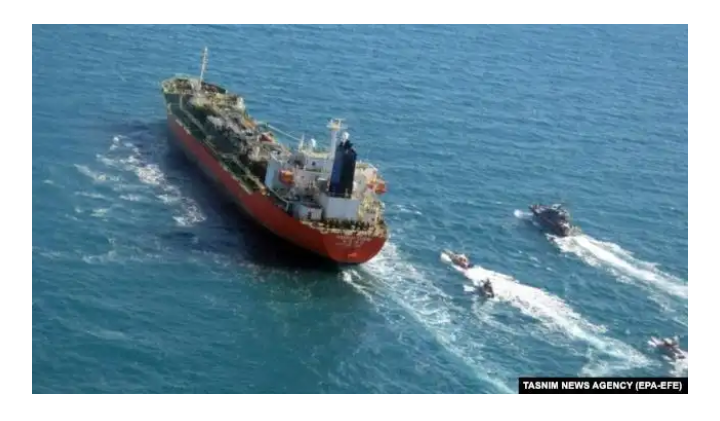 The incident comes with tensions on the rise in the region coinciding with the anniversary of the U.S. drone strike that killed IRGC Major General Qasem Soleimani in Baghdad last year.

Tehran also admitted that it accidentally shot down a Ukrainian passenger jet that night, killing all 176 people on board.

South Korea says it will dispatch a government delegation to Iran “at the earliest possible date” to try secure the release of a tanker seized by Iran amid tensions over Iranian funds frozen in Seoul because of U.S. sanctions.

A Foreign Ministry spokesman made the announcement on January 5, a day after the Islamic Revolutionary Guards Corps (IRGC) seized the South Korean-flagged MT Hankuk Chemi and detained its crew of 20 near the strategic Strait of Hormuz over pollution violations — an allegation rejected by the ship’s operator.