Suez Canal made to move slightly 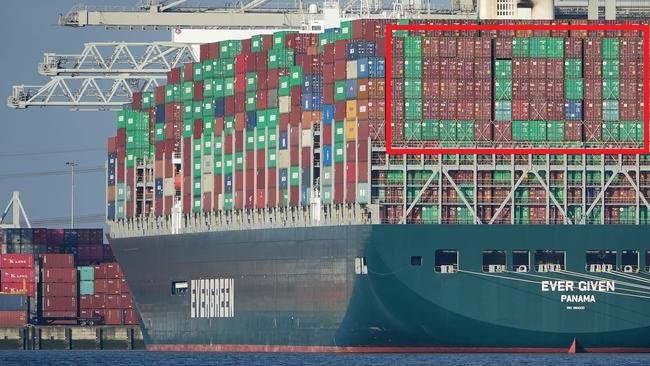 Almost a week after a massive container brought traffic on the Suez Canal to a standstill, authorities said that while sustained efforts to dislodge the ship had “allowed it stern rudder to move,” it remains unclear when the vessel will be able to refloat completely, reported Reuters.

Initial reports suggested that the 224,000-ton Panama-flagged ‘Ever Given’ was grounded on 23 March in the canal after losing the ability to steer amid high winds and a sandstorm, which led the SCA to announce on Thursday temporary suspension of navigation in the man-made waterway.

At least 237 ships are stuck at both ends. 30 % of the global shipments pass from this highly important trade route. The container has choked traffic in both directions along the Suez Canal and possibly created the world’s largest shipping jam.

The 224,000-tonne cargo ship is operated by Taiwanese company Evergreen Marine ended up lodging sideways after being hit by strong winds.

Suez Canal is a 193-km canal that is an artificial sea-level waterway in Egypt that connects the Mediterranean Sea to the Red Sea. It also provided the shortest sea link between Asia and Europe.

Suez Canal Authority (SCA) Chairman Osama Rabie told local TV that water had started running underneath the ship. “We expect that at any time the ship could slide and move from the spot it is in,” he told a press conference earlier.

“The ship’s stern began (on Friday) to move towards Suez, and that was a positive sign until 11 p.m. (2100 GMT) at night, but the tide fell significantly and we stopped,” Rabie told journalists in Suez.

“We expect that at any time the ship could slide and move from the spot it is in.”

Dredgers removed some 20,000 tonnes of sand from around its bow by Friday. A Dutch firm working to free the vessel said it could be freed by the start of next week if heavier tugboats, dredging and a high tide succeed in dislodging it.

A shipping agent in Port Said said the Suez Canal Authority (SCA) has notified agencies to prepare for the possible entry of new ships into the canal, while a shipping source said the SCA had outlined a plan for the rapid transit of 133 vessels once the Ever Given was freed.

The head of Boskalis, the parent company of Dutch firm Smit Salvage which has been brought in to help the SCA, said heavy tugboats with a combined capacity of 400 tonnes would arrive sometime this weekend.

“We aim to get it done after the weekend, but everything will have to work out exactly right for that,” Boskalis Chief Executive Peter Berdowski told Dutch TV programme Nieuwsuur late on Friday.