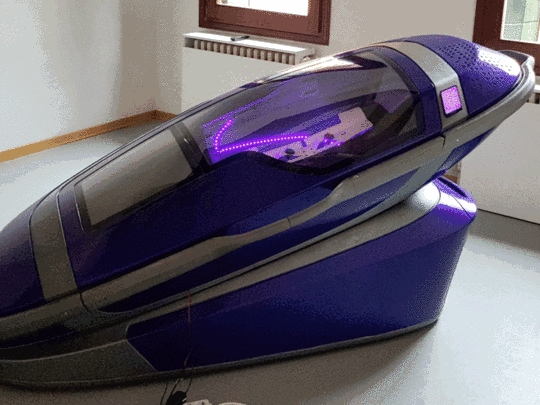 The Switzerland government has given legal approval to a ‘suicide machine’ which will allow users to kill themselves within a minute and in a painless manner. The machine dubbed ‘Sarco’ was invented by Dr Philip Nitschke, dubbed ‘Dr Death’, and is short for ‘sarcophagus’.

The machine allows people to kill themselves by inducing hypoxia and hypocapnia (the state of inadequate oxygen supply at the tissue level and reduced carbon dioxide in the blood leading to death).

‘Sarco’ looks like a coffin and the euthanasia device. It allows the user to bring the oxygen level inside the glass capsule down to a critical level at the blink of an eye. Hence the person wanting to go for euthanasia is able to undergo a painless death. This has been said in a report published by the machine’s creators.

To qualify to use the pod, the person who wants to die must answer an online survey that is meant to prove whether they are making the decision of their own accord. If they pass, they will be told the location of the pod and given an access code.

Once inside, the person intending to end their life will have to answer pre-recorded questions and press a button that will start the process of flooding the interior with nitrogen, which will quickly reduce the oxygen level inside from 21 percent to 1 percent.

The device has expectedly faced heavy criticism, specifically due to its nature wherein nitrogen flows into the capsule, displacing oxygen, leading to death. While some have drawn comparisons with a “gas chamber”, others have lambasted its futuristic design – noting that it “glorifies” suicide.

However, with the Sarco machine passing legal scrutiny in Switzerland, its creators are likely to put it up and ready for operation in the country from next year, according to reports.

In Switzerland assisted suicide is legal and as per the reports, approximately 1,300 people have used the services of euthanasia service providers, such as Dignitas and Exit International in the previous year.