Taliban is going to form a new government, also wants to create a new flag and a new national anthem 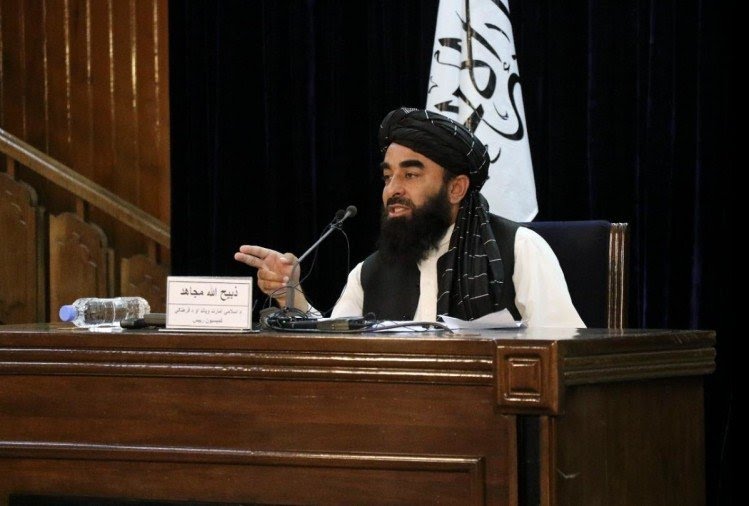 After claiming to have captured ‘the whole’ of Afghanistan, now the Taliban is going to form a new government. The process of government formation is being finalized. The Taliban have also sent invitations to China, Pakistan, Russia, Iran, Qatar and Turkey for the government formation program. Along with changing the regime, the Taliban also wants to create a new flag and a new national anthem for the country. According to a media report, Taliban spokesman Zabihullah Mujahid, while addressing the media on Monday, said that the new government will also decide on the flag and national anthem of Afghanistan.

According to international media, since the capture of Kabul on August 15, this Taliban flag has not only been visible on the streets but has also been put up over government buildings, police stations and military offices. The sighting of the Talibani flag is common in Afghanistan. The people who roam the streets and alleys have started selling the Taliban flag. People are warned of intimidation and punishment for hoisting the old flag.

The current national flag of Afghanistan is black, red and green. The black color symbolizes the dark past when this country was under the control of the British Empire. Red symbolizes the sacrifice for freedom and green represents the hope for a prosperous Islamic future. In the center of the flag is a mosque. The flag of Afghanistan has changed about 18 times in the last 100 years.

The Afghan kingdom was never a British colony but was a ‘protected state’ under the British between 1880 and 1919. The Independence Day of Afghanistan, celebrated on August 19, marks the liberation from the same patronage when the then Afghan ruler had complete control over the country.

The Afghan national anthem is in Pashto language. It was officially declared the national anthem in May 2006. The national anthem mentions “Allahu Akbar” as well as the names of various tribes of Afghanistan. The lyrics were written by Abdul Bari Jahani and the music was composed by the German-Afghan composer Babarak Vasa.